Chris Smalling has promised Manchester United will produce a far better FA Cup display against Chelsea on Monday night than they did in their chastening October loss at Stamford Bridge.

United suffered their biggest defeat under Jose Mourinho as Chelsea enjoyed a 4-0 Premier League victory over their former Portuguese manager.

Almost five months on, United have not lost in the league since and Mourinho has the first major trophy of his Old Trafford tenure with the EFL Cup safely tucked away.

But Chelsea head into the FA Cup quarter-final showdown as favourites with Antonio Conte's side 10 points clear at the top of the Premier League, and United just back from a stamina-sapping Europa League trip to Russia.

"Chelsea have been by far the most consistent team in the league and they deserve to be in the position where they are now," Smalling said in a pre-match MUTV interview.

"But I think we are on a good run and we will give a much better account of ourselves than we did last time."

Smalling, in particular, had a torrid time when Chelsea turned on the style in October.

The England defender was arguably culpable for three of the goals, but said he was hindered by an injury which forced him off at half-time of the preceding game against Fenerbahce. 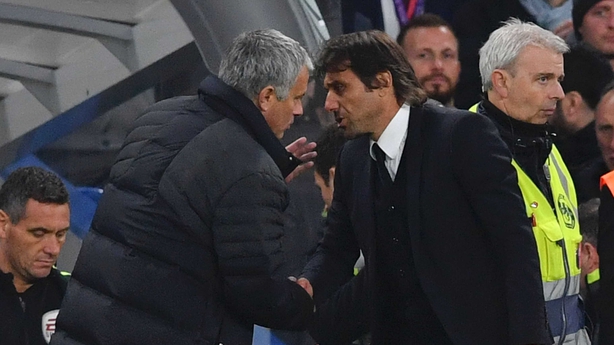 "In hindsight, it was probably not the game I should have played in," Smalling said. "But as a player you try to push yourself and force yourself to play in all sorts of games.

"That was a big one and I am a player who doesn't want to miss those games.

"In the lead-up to that week, we had drawn with Liverpool and won in Europe too, so we were starting to build up momentum.

"Then that game at Chelsea completely knocked us - it was definitely one of our worst performances of the season. But from then on we have kicked on and done a lot better.

"I think we all learned a lot of things from that game and, not only do we have progress in this competition to play for, we also have our pride as well."

United won the FA Cup for a record-equalling 12th time last season, the 2-1 Wembley final defeat of Crystal Palace drawing them level with Arsenal in the competition.

But United have never successfully defended the trophy in their history.

"The FA Cup is a tough trophy to defend and looking at previous records, not many people have been able to do it and I know United haven't," Smalling said.

"So to be a part of history by retaining the cup would be brilliant.

"We're in the quarter-finals already and we can see the finishing line is not too far away if we play as well as we can."