The Portuguese coach, who agreed a three-year deal on Saturday, watched from the stand and he saw Martyn Waghorn miss a great chance for the Ibrox men before midfielder Stuart Armstrong put the home side in front in the 35th minute with a fine strike.

Brendan Rodgers' men had started to get into their stride just before the break and they dominated most of the second half, which offered little in the way of clear-cut chances until the 88th minute. 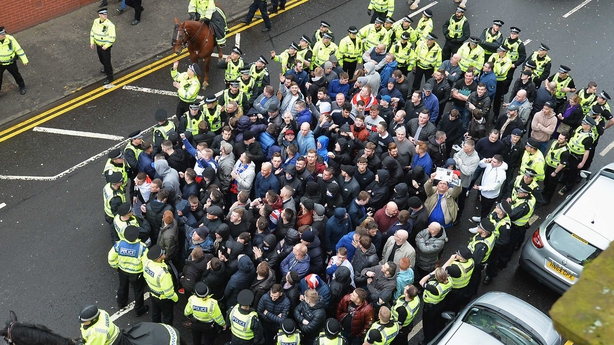 That was when Rangers finally found a breakthrough as Celtic goalkeeper Craig Gordon parried a drive from Emerson Hyndman allowing veteran defender Hill to slam a shot into the net from close range.

It was only Celtic's second draw in 28 league games, taking them 25 points clear of second-placed Aberdeen while maintaining the 33-point gap over Rangers.

Caixinha, 46, who joins Rangers from Al Gharafa in Qatar, will have noted his new side's battling qualities but should not be fooled as there remains a tangible gap in quality between the two squads.

There was plenty of confidence among the home support as fit-again winger James Forrest returned for the noon kick-off, with Gary Mackay-Steven dropping out.

Under-20s coach Graeme Murty was in charge of Rangers again and he had to do without the suspended defender Rob Kiernan and had striker Joe Garner suspended. 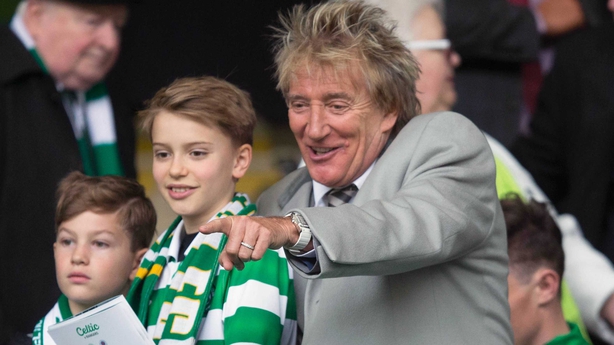 Murty made two changes with Lee Hodson and Danny Wilson back into the defence which was put under no real pressure in the opening stages.

In the 18th minute a slip by defender Hill allowed Hoops striker Moussa Dembele in but he failed to connect with his shot, allowing goalkeeper Wes Foderingham to gather.

Celtic were strangely tentative and had Gordon to thank in the 24th minute when stopper Dedryck Boyata missed a Kenny Miller flick-on which sent Waghorn clean through.

The Gers striker had time and space to pick his spot but the Scotland number one blocked the drive with his left foot and the Hoops escaped.

Celtic stepped up the pace and on the half-hour mark, after Hill had fouled Forrest 25 yards from goal, Foderingham dived low to his right to tip Armstrong's free-kick on to the post and out for a corner, which the visitors survived. 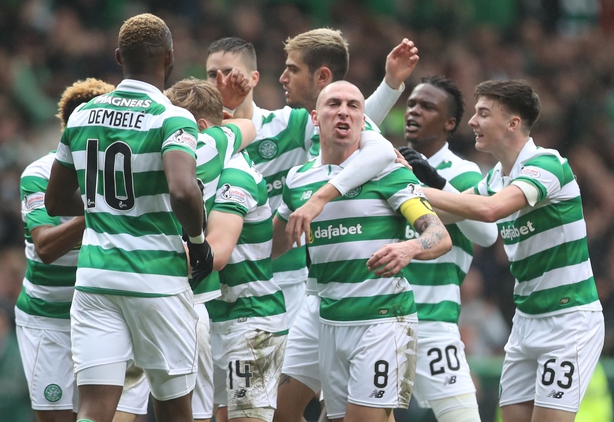 However, the Light Blues goalkeeper could only flail in the 35th minute when, after Gers midfielder Jason Holt failed to clear his lines, Armstrong took a pass from Forrest at the edge of the box and lashed a left-footed drive low into the corner.

Midfielder Callum McGregor replaced Nir Bitton for the start of the second half and Celtic began to press for a second with Foderingham saving an angled drive from Armstrong before an even better save from the excellent midfielder.

Gordon again thwarted Waghorn at the other end after a good cross on the run by Miller before Armstrong made way for Leigh Griffiths.

Holt curled a shot past the far post in the 81st minute before being immediately replaced by Harry Forrester, with Michael O'Halloran on for Waghorn as the visitors pushed in the final stages for a leveller. 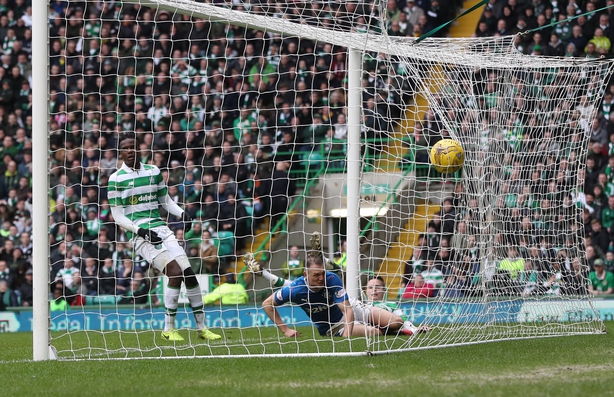 Dembele sliced a shot wide after turning Wilson but there was to be drama at the other end when Hill popped up with the equaliser, and in a frantic finale, a late penalty claim for a last-gasp tackle by Hill on Griffiths was waved away by referee Bobby Madden.

💬 BR: "Always disappointing to lose a lead late on. That's the way it goes sometimes."

Murty told Sky Sports 1: "I am so proud of the players and I want to pay a load of compliments to them. Craig Gordon made two magnificent saves, I thought we deserved that goal.

"I said to the players that it will need a lot of belief to come here. We had to continue to believe and stay together and I thought the goal encapsulated that and I couldn't be prouder of them.

"The lads know what people have been saying about them so I said that they needed to take a full part in this game and that they can make a real good statement about where they can go from here and they did that today.

"It shows what they can achieve if they stay together and execute things. It was about time they got their rewards because they haven't had many of late and it's a nice way to finish off.

"It was great for me and I really enjoyed the experience. I want to thank the fans and players again because they have been fantastic for me."