The protests against Arsene Wenger's reign at Arsenal show no signs of abating but after booking another FA Cup date at Wembley on Saturday, the manager at the eye of the storm was adamant that his "preference" was still to stay at the club.

Wenger reckoned he did not want to be the main talking point after his players had coasted into the FA Cup semi-final by swatting away the challenge of non-league Lincoln City 5-0.

Yet, inevitably, after another traumatic week in which Arsenal had been humiliated 5-1 a second time by Bayern Munich and departed the Champions League yet again at the last-16 stage, the 67-year-old Frenchman and his future were still the main focus of attention at the Emirates Stadium.

Those fans who feel Wenger should step down now that Arsenal's European and Premier League ambitions look lost for another year made their feelings known outside, holding banners with messages like "Wexit" and "Time for Change". 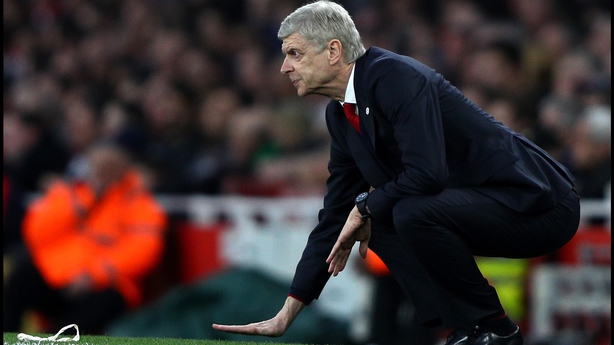 Some supporters, though, countered with banners of support for Wenger before his side's wholly predictable dismissal of Lincoln also softened the grumbling mood.

It clearly did Wenger no harm either that his team should make another step towards a potential record 13th FA Cup triumph, even if to some fans winning silverware in that competition should not be enough to spare him.

"Let's not talk about me too much because that has happened a lot recently," Wenger protested as he talked to BT Sport.

"I have shown in my life that I try to serve this club with complete commitment and I will do that as long as I am here. How long? I don't know at the moment. I have shown a lot of loyalty and my preference is here."

That observation was significant in light of Wenger's recent assertion that he intended to stay as a manager next season, whether it is at Arsenal or not. 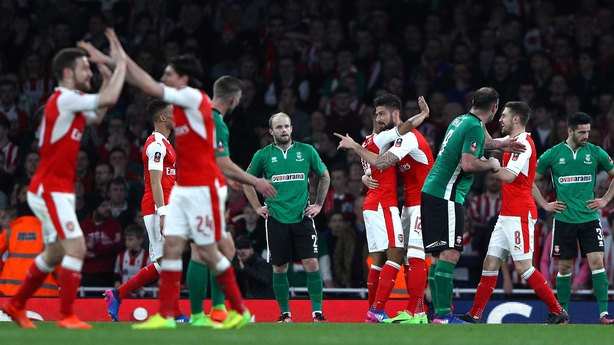 Maybe another Cup-winning campaign, a record seventh for him, could yet appease some disenchanted fans.

"Recently we have disappointed our fans. We want to go again to Wembley to win," Wenger said.

"I focus on my job. I always do that. I let other people judge my performances. I am not too much worried about the rest. I am just focused on the next game."

Wenger admitted there had been "a level of anxiety" about taking on the National League side in what amounted to a no-win situation for him after the Bayern drubbing.

"Lincoln knocked out Burnley, Ipswich and Brighton, so we have to respect them," he said.

"It was all us in the second half but you have to congratulate Lincoln for what they have achieved in the FA Cup."