Substitute Oumar Niasse struck twice in the second half as Hull gave a huge boost to their Premier League survival hopes with a 2-1 win over fellow strugglers Swansea.

Tigers boss Marco Silva introduced former Everton man Niasse in the 63rd minute and the Senegalese striker responded with two goals in the space of 11 minutes.

First Niasse steered a low shot past Swans keeper Lukasz Fabianski after Abel Hernandez had flicked on an Omar Elabdellaoui through-ball in the 69th minute.

Then he lashed home a bouncing ball which Ahmed Elmohamady had threaded into the box to seal three precious points for his side despite Alfie Mawson's injury time consolation.

The win moves Silva's men above fellow strugglers Middlesbrough and just one point away from fourth bottom Crystal Palace. 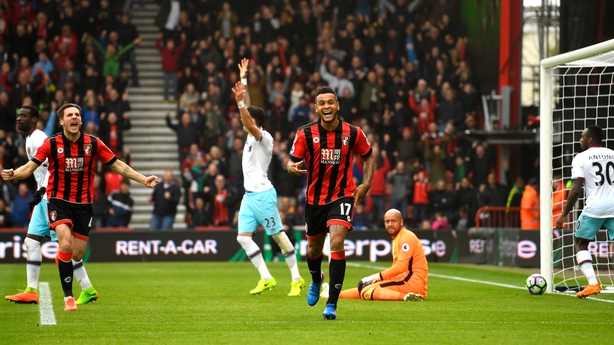 Joshua King scored a hat-trick as Bournemouth eased their own relegation fears with a dramatic 3-2 win over West Ham at the Vitality Stadium.

King could even afford to miss a first half penalty - one of two squandered by the Cherries - before going on to snatch the winner for his side in injury time.

Michail Antonio had given the Hammers the lead moments after King splayed his spot-kick wide, then King equalised before Benik Afobe dribbled Bournemouth's second spot-kick straight at Darren Randolph.

King put the home side in front three minutes into the second half despite protests of offside against the goalscorer and of hand ball by Afobe.

Andre Ayew thought he had grabbed a point for the Hammers seven minutes from time but King pounced late to complete his hat-trick and nudge the Cherries closer to safety. 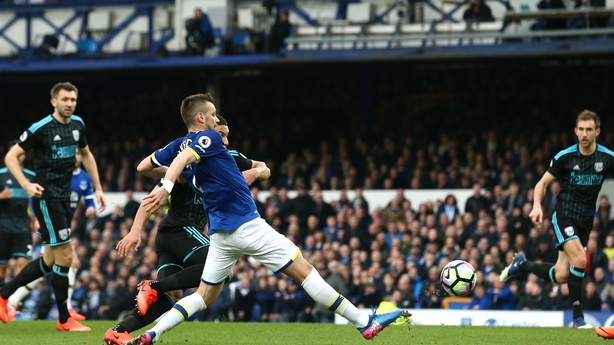 Romelu Lukaku grabbed his 19th goal of the season as Everton coasted to their fifth straight home Premier League win with a 3-0 triumph over West Brom.

First-half goals from Kevin Mirallas and Morgan Schneiderlin put the home side in control, with Lukaku missing a number of chances to join Harry Kane at the top of the scoring chart.

But Lukaku finally seized his chance in the 82nd minute when he nodded home the simplest of chances at the far post after Ross Barkley's cross.

Everton substitute Idrissa Gueye struck the woodwork late on as Ronald Koeman's men wrapped up one of their most routine wins of the season so far.