Another protest by Arsenal fans who want to see Arsene Wenger replaced has been scheduled on Saturday against Lincoln City - with the manager admitting the opinion of supporters will have a bearing on whether he stays.

Around 200 supporters marched ahead of the humiliating 5-1 defeat to Bayern Munich on Tuesday night, with fans imploring Wenger not to sign a new contract and leave at the end of the season, when his current deal expires.

The Gunners are experiencing a wretched run of form, losing five of their last seven games in all competitions, a sequence capped by a Bayern thrashing which saw the Bundesliga champions seal a 10-2 aggregate victory.

Having also fallen well off the pace in the Premier League title race, where Arsenal are now 16 points adrift of leaders Chelsea, Saturday's sixth-round FA Cup clash with non-league Lincoln could offer some respite for Wenger.

But before Saturday's game fans will once again demonstrate against his continued leadership after the 67-year-old said their feelings would play a part in whether he opts to stay at the Emirates.

"It is difficult for me to judge (the protest). I have worked very hard for 20 years to make our fans happy"

"It is difficult for me to judge (the protest). I have worked very hard for 20 years to make our fans happy

Asked whether the fans' opinion of him will have any impact on the decision, he replied: "Yes. Of course, you consider everything.

"It will not be the most important factor but of course, you consider it.

"It is difficult for me to judge (the protest). I have worked very hard for 20 years to make our fans happy and when you lose the games, I understand they are not happy.

"I do not want to judge that, I am not able to. I live in my daily work with my complete commitment.

"I think I've shown since I'm here that first of all I love this club, that I'm loyal to this club and that I make the right decisions for this club." 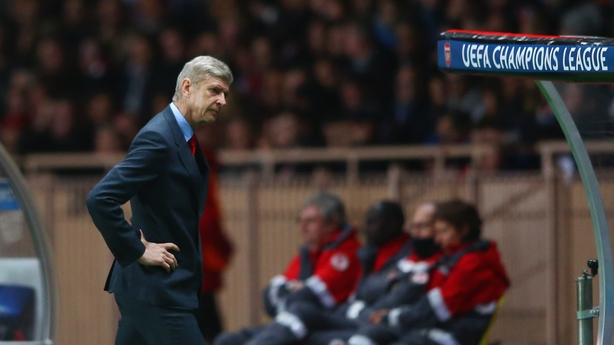 After Wenger's media duties, Arsenal chairman Sir Chips Keswick released a short statement on the club's official website, acknowledging the discontent of some supporters while insisting a hasty decision about Wenger's future would not be made.

"We are fully aware of the attention currently focused on the club and understand the debate," he said.

"We respect that fans are entitled to their different individual opinions but we will always run this great football club with its best long-term interests at heart.

"Arsene has a contract until the end of the season. Any decisions will be made by us mutually and communicated at the right time in the right way."

Meanwhile, Vanarama National League leaders Lincoln will look to take advantage of any discontent among the home fans, according to defender Luke Waterfall.

"He's under pressure," the 26-year-old said of Wenger.

"We'll go there believing in ourselves. We won't park the bus, we'll play our usual game."