Republic of Ireland international Glenn Whelan is hoping Stoke City can get a rare result at high-flying Manchester City in the Premier League tonight, to help them improve on last season's ninth-placed finish.

Stoke, who are ninth in the table and five points behind eighth-placed West Bromwich Albion, were beaten 4-1 at home by third-placed City in August, and have won just one of their eight trips to the Etihad Stadium.

"It's not just about finishing in ninth place again," Whelan, who spent three years at Manchester City's academy, told the Stoke website.

"The manager set targets for us all at the start of the season. I know West Bromwich Albion are a few points ahead of us at the moment but we are chasing them.

"If we catch them then we'll keep chasing -- there are 11 games to go and a lot of points to play for. We want to try and beat last year's total and get higher up the league."

Stoke have struggled defensively against the league's best teams this season, letting in four goals each against Manchester City, Chelsea, Liverpool and Tottenham, and three at Arsenal.

Whelan, who joined Manchester City as a 17-year-old in 2001 before leaving for Sheffield Wednesday in 2004, said a solid performance against his boyhood club would go some way towards exorcising Stoke's demons.

"It's always nice to go back but better if we can go and get a result on Wednesday, especially after the disappointing result earlier in the season," he added.

"The game didn't merit the 4-1 scoreline... so we'll go there and put in a performance and hopefully get the right result then we can forget about the home result." 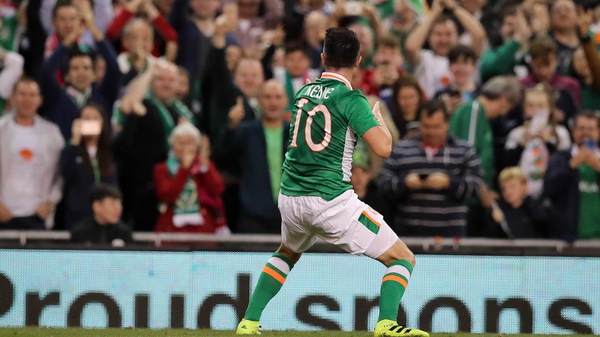