Zlatan Ibrahimovic and Tyrone Mings have both been charged by the FA for incidents of alleged violent conduct in Saturday's 1-1 draw between Manchester United and Bournemouth.

Kevin Friend and went unpunished at the time.

Ibrahimovic faces the possibility of a three-match ban, which would see him miss United's FA Cup trip to Chelsea and Premier League games with Middlesbrough and West Brom, while the FA has submitted a claim that a similar punishment for Mings is "clearly insufficient".

Both players had protested their innocence following the contest by claiming there was no intent behind their actions, with Mings telling Sky Sports he would "never" purposely stamp on anyone and Ibrahimovic claiming to BBC Sport that Mings jumped "into my elbow". 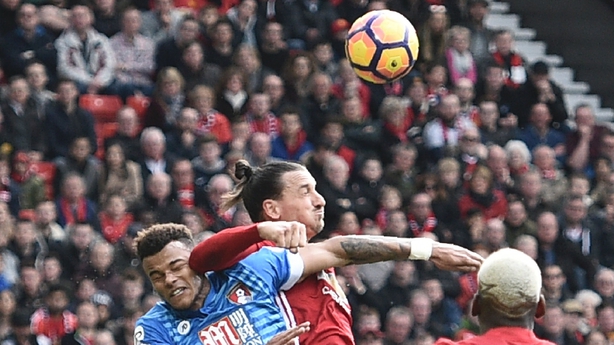 Yet that was not the view of a panel of three former elite referees who reviewed the video footage and unanimously determined that both incidents were considered sending-off offences.

An FA statement read: "Zlatan Ibrahimovic and Tyrone Mings have both been charged with alleged violent conduct following the Manchester United versus AFC Bournemouth game on Saturday (4 March 2017).

"The players were involved in two separate incidents in or around the 44th minute which were not seen by the match officials at the time but caught on video.

"Furthermore, The FA has submitted a claim that the standard punishment that would otherwise apply for the misconduct committed by the Bournemouth defender is 'clearly insufficient'.

"Both players have until 6pm on Tuesday 7 March 2017 to reply to their charge."

The clashes between the pair came after Ibrahimovic had already tossed Mings to the ground during their ongoing battle in the lunchtime kick-off.

Their next flashpoint occurred when Mings' left foot landed on the side of Ibrahimovic's head as he hurdled Wayne Rooney and the Swede during a United attack.

Moments later the duo leapt to meet a cross at the back post and Ibrahimovic's right elbow caught Mings on the cheek. 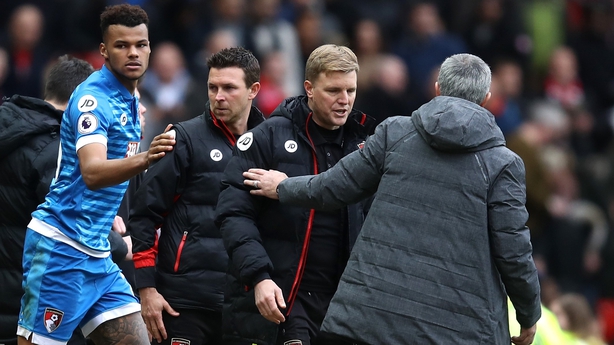 That prompted Bournemouth's Andrew Surman to push United's 35-year-old striker over, earning him a second caution of the afternoon, though referee Friend did not brandish a card at either Ibrahimovic or Mings.

Ibrahimovic later had a second-half penalty saved, though his possible three-game absence would be a huge blow for Jose Mourinho's side given he has scored 26 times already this term.

When asked about the possibility of retrospective action after the game at the weekend, Ibrahimovic had said: "I respect every decision. I am not here to attack anybody. My purpose was not to do that. The game is hard."

Mings could be handed an even longer ban than Ibrahimovic for something ex-England international Jamie Carragher called "disgraceful", yet the 23-year-old had insisted it was merely accidental.

"When you are out there on the pitch you have to try and get back in and defend. I obviously didn't mean it, but if there is reaction, there is reaction - everyone will have an opinion. That is football."