Luis Enrique has announced he will not be Barcelona's head coach next season, saying: "I'll need a rest".

The former Spain midfielder has been Barcelona boss since May 2014 and is in the final year of his contract.

Barca have won eight trophies out of a possible 10 since Enrique succeeded Gerardo Martino as boss, claiming the Champions League as part of a first-season treble.

But the 46-year-old's position has been under scrutiny since Barca lost 4-0 at Paris St Germain in the Champions League last-16 first leg last month.

Enrique announced his decision after Barcelona's 6-1 LaLiga win over Sporting Gijon which keeps his side in contention for his third championship title.

They took a one-point lead at the LaLiga summit as Real Madrid were held 3-3 by Las Palmas on Wednesday night.

Enrique said in quotes reported by AS.com: "It's a very difficult decision for me, one I've thought about a lot, but I think I need to be true to myself and fair to my way of thinking.

"In the pre-season I had a meeting with Albert Soler (Barca's director of professional sports) and Robert Fernandez (Barca's technical secretary) where I mooted the possibility that I might not renew my contract.

"I'll need a rest and that's the main reason. I'd like to thank the club for the confidence they've shown in me"

"They told me there was no rush to take the decision. That moment has arrived. I'm announcing it.

"The reason is I live my work looking for solutions and it gives me little time to rest.

"I'll need a rest and that's the main reason. I'd like to thank the club for the confidence they've shown in me over my time (here).

"They gave me the chance to coach the B team, I did that, and these three years have been unforgettable.

"I thank the club for all the support and professionalism and I'm not forgetting there are still three incredible months to go."

Enrique expressed optimism that Barca can overturn the deficit to PSG.

"I think we can turn (the Champions League tie) around and if the stars are in our favour we can go through. 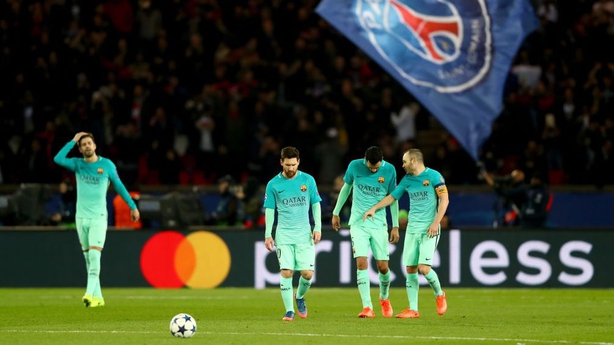 "Maximum effort and nothing more. The moment to say goodbye as the club deserves will come."

He initially signed a two-year deal before agreeing a one-year extension at the end of a first season in which he won the treble.

Barca president Josep Maria Bartomeu had spoken of his wish to keep Enrique, but now he must look for a new boss.

The news will immediately ignite speculation over who will succeed Enrique at the Nou Camp.

Sevilla's former Chile boss Jorge Sampaoli is among the early favourites for the role, alongside Athletic Bilbao boss Ernesto Valverde.

Everton's former Barcelona defender Ronald Koeman is another who has been linked with the job.

Tottenham manager Mauricio Pochettino has previously been linked with Barca and Atletico Madrid boss Diego Simeone could also be interested.

There are likely to be no shortage of other candidates, with Arsene Wenger among them.

Arsenal boss Wenger is out of contract at the end of the season and says he will still be in management even if he leaves the Gunners when his current contract expires at the end of this season after 20 years in charge.

Bartomeu said on Barcelona's official Twitter: "We accept Luis Enrique's decision. He has been a great a coach. Now is it time to end his spell in the best possible way.

"Luis Enrique has brought us great success and he can still bring us more. The players are motivated to do it." 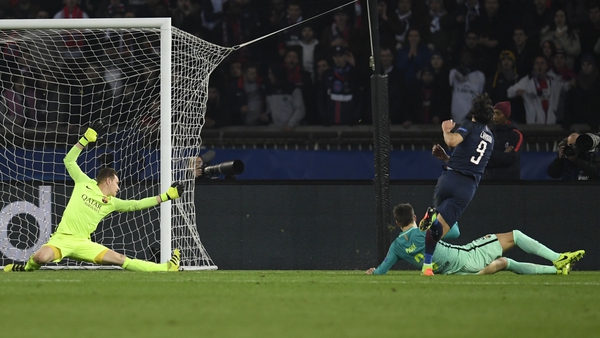 Below-par Barcelona on the brink as PSG run riot Soccer