Celtic boss Brendan Rodgers described Billy McNeill as an inspiration to British football after the Lisbon Lions captain's family confirmed he had dementia.

McNeill, 76, captained the club to the 2-1 European Cup final win over Inter Milan in Lisbon in 1967 and a statue of him lifting the trophy was unveiled outside Celtic Park in 2015.

McNeill also led Celtic to nine successive league titles and won seven Scottish Cups and six League Cups, before two spells as Hoops manager, which included guiding them to a double in their centenary season.

Current boss Rodgers, a lifelong Celtic fan, spoke eloquently about "a true icon" of the club.

He said: "I was aware for a bit of time about Billy's situation. Of course, it's really sad that the family have felt the need to make it public.

"As always, Billy and his family retain the huge support of the Celtic family, which is the supporters and everyone involved at the club.

"A true icon and leader of this club, one of the great figures that has inspired Celtic to what it is today.

"I met Billy the last time at the Aberdeen game and he was in good spirits. The twinkle was still in his eye but, like his wife said, he finds it hard to communicate at the moment.

"In my time growing up, he was the one figure that was always mentioned.

"If you look at him as the player, he inspired not just people around Celtic Football Club but many a player around Britain, being the first captain of a British team to pick up the European Cup.

"Many players around that time would have wanted to have done that.

"You only truly get inspired seeing someone you know or are close to actually do it.

"When Billy stood up in Lisbon and held up the cup at that moment, I'm sure for many players in Britain it gave them a great source of inspiration to do that and from that moment Liverpool won the European Cup five times, and other teams and managers won it.

"So a really truly inspirational figure.

"At Celtic, he was a real leader of men, and proper men, and of course as a manager.

"One of the truly iconic players and people of this club who will always be remembered fondly. I'm sure he'll be around to see many more games."

After one recent study highlighted a potential link between dementia and heading a ball, Aberdeen boss Derek McInnes called for research to be stepped up.

He said: "There's got to be something from this because I do feel more and more footballers of a certain era are now having the same problems as Billy.

"It's something that we really need to look into closely. It's been mooted for the last few years, a lot of research getting done, but obviously now the authorities are going to have to really step that up.

"And it is difficult, because heading is a very important part of the game.

"But if it has a detrimental effect in later years from what happens when kids are younger, then obviously that has to be looked at seriously." 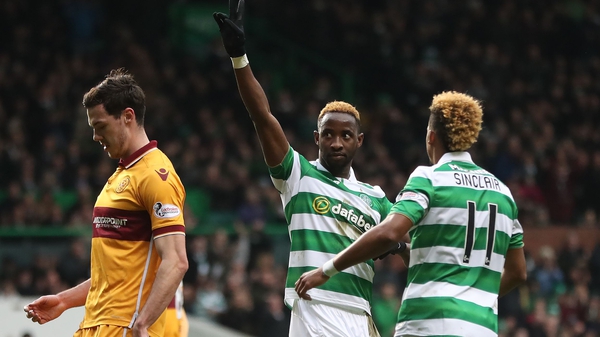 Dembele on the double as Celtic win again