Callum Robinson opened the scoring for the home side in the eighth minute when he got on the end of McGeady's cross to head home and give his side the lead.

McGeady had now been involved in six of Preston's last seven goals.

Birmingham levelled moments after half-time through Che Adams, but with 12 minutes to go Hugill nabbed what proved to be the winner.

Horgan ran into the box off the right wing, played the ball across goal to Hugill who tapped home from close range. Andy Boyle was an unused substitute.

Republic of Ireland internationals Shane Duffy and David McGoldrick were in direct opposition as the Brighton and Ipswich Town played out a 1-1 draw. 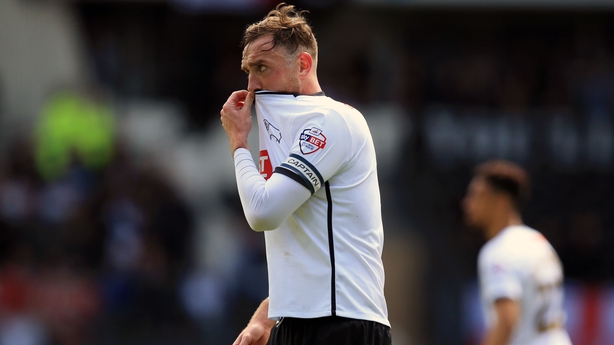 Richard Keogh lined up in central defence as Derby County came out the wrong side of a seven-goal thriller with Cardiff City.

Eunan O’Kane was replaced in the second half as Leeds United defeated Bristol City 2-1 at Elland Road.

Wes Hoolahan played 86 minutes in Norwich City’s 2-2 draw with Newcastle at Carrow Road, with Ciarán Clark in the heart of the Magpies defence.

Matt Doherty was full-back for Wolves in their 1-0 home defeat to Wigan Athletic.