The result, courtesy of two quickfire first-half goals from Mane, lifted the Reds back into the top four and within a point of their second-placed opponents.

It also inadvertently handed leaders Chelsea, who face Burnley on Sunday, a chance to extend their advantage to 12 points.

However, that is of little concern for Liverpool, whose primary objective is to secure Champions League football - and condemning Mauricio Pochettino's men to a first loss for two months did that bid no harm at all.
The hosts' start was electric. It was as if Klopp had reinstalled the 2016 version: full of pressing and pace - most of that provided by Mane, whose month-long absence at the African Nations Cup was a major factor in Liverpool's slump. 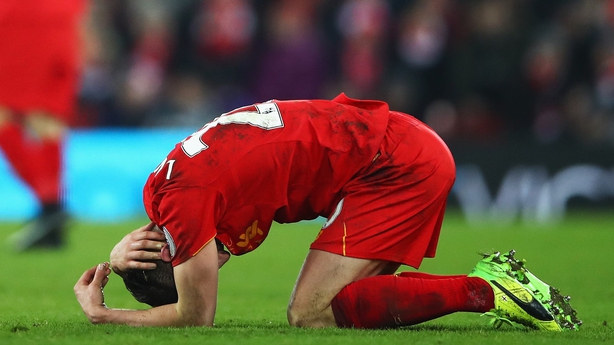 There was only one change from last week's abject display at Hull but it was a significant one with Georginio Wijnaldum replacing Emre Can.

The Holland international's inclusion turned a one-paced, often blinkered, midfield into something completely different and his vision from deeper positions - plus his ability to break into the box - was a key component.

That intelligence, coupled with an outlet in Mane, had Spurs pinned back early on as they were out-pressed in every department.

Had it not been for goalkeeper Hugo Lloris, Liverpool could have emulated the 2014 demolition of Arsenal, when the Reds were 4-0 up within 20 minutes.

As it was, their 2-0 lead after 18 minutes was their fastest in the Premier League since April 2014 when Luis Suarez put them 2-0 up against Norwich in 11 minutes.

Firmino's lay-off to Wijnaldum allowed the Dutchman to play a perfectly weighted through-ball to pick out Mane's diagonal run, and the Senegal international confidently clipped past Lloris. 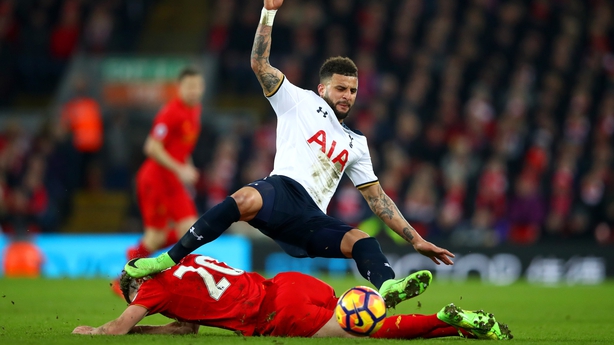 Liverpool's high-intensity game paid off again when Mane pressured Dier into a mistake and, after Lallana's shot was parried and Firmino's shot blocked, the ball fell kindly for Mane to volley home.

The winger was denied a hat-trick when his shot was diverted into the side-netting by the legs of Lloris, who then palmed Mane's shot around the post from the resulting corner.

Son Heung-min had a chance to get his side back into the game but Simon Mignolet - at fault for Hull's first goal last weekend - saved with his legs.

The chance failed to stop the red tide as Dier cut out Mane's effort on the angle and Lloris held Philippe Coutinho's shot, while Christian Eriksen's free-kick onto the top of the Liverpool net did not really threaten.

While the pace continued after the break, the game became tetchy as Tottenham attempted to knock their opponents out of their stride and the niggly foul count went up considerably, the worst of which saw Harry

Kane booked for coming down late on Nathaniel Clyne's foot.

Still the chances dropped to the hosts with Joel Matip heading at Lloris and Coutinho dragging wide.

Tottenham, who have not won at Anfield since 2011 and have taken just 10 points from the last possible 69 in visits to the ground, never recorded a legitimate shot in anger in the second half, with Kane flagged offside as he fired against the post.