Stephen Hunt believes former Republic of Ireland team-mate Robbie Keane will continue his playing career because he might feel he still has a point to prove.

Ireland’s record goalscorer left LA Galaxy in November and, as a free agent, has been linked with a host of English sides.

Earlier this week Keane was pictured training with Al-Ahli, fuelling speclation that he might move to the United Arab Emirates.

Speaking to 2fm’s Game On programme, Hunt says he thinks the former Ireland captain will return to England, but regardless of where he goes, will score goals for his new club.

“I have no insight,” he said when asked if he knew of Keane’s next destination.

“He played his last two years in LA and now he’s turned up to play football in Dubai aswell. I think he’s just trying to make the rest of us jealous to a certain degree in how he finished his career.

“Wherever he goes, he’s going to be in the middle of [scoring] goals. Whoever takes him won’t be in a bad situation. They’ll get goals out of him.

“Maybe someone at the bottom of the Premier League, top of the Championship. It might be worth a little gamble for them.”

Keane started his stellar career in 1997 with Wolves, going on to play for Coventry, Inter Milan, Leeds, Tottenham, Liverpool, Celtic, West Ham and the Galaxy.

"I think he feels he has something to prove"

Last year he retired from international duty as the Republic of Ireland's record goalscorer with 68 in 146 matches and despite a glittering career, Hunt feels the player himself may feel that he still has something to prove.

“I think he will turn up somewhere in England. I think he feels he has something to prove," the former Reading and Hull man told listeners.

“He’s a goalscorer. They live off goals. He wants to score more goals and that is the general feeling when you see Robbie on a pitch.

“If you’re down at the bottom and you need someone to run the channels, Robbie is not your boy.

“But if you want someone to score a few goals in the last 10 minutes, and be in and around a big centre forward, there is no better person, even at Robbie’s age.” 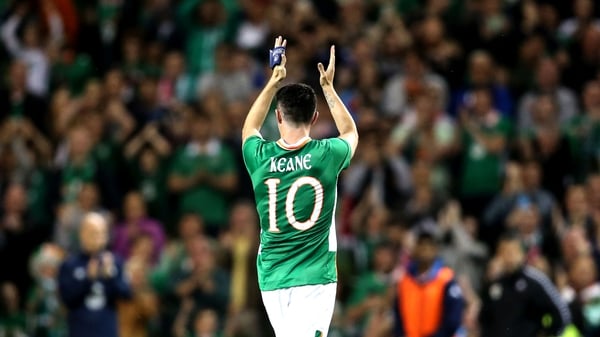