Aguero, the club's top scorer with 18 goals in 26 games this campaign, has been confined to the bench in recent weeks to watch the emerging young Brazilian.

"He (Aguero) will be okay. He's a mature guy. It's not the first time he's been dropped. We need a strong squad to win titles. Football is like this," Zabaleta told British media.

The 19-year-old Jesus has scored three goals and provided two assists in his four games since arriving from Brazilian side Palmeiras last month.

"Especially with the big squads, where you have more than one big player in each position. And of course, Sergio has been playing for most of the years as first choice. Now we have Gabriel Jesus," Zabaleta said.

"I think it's good to have two players with that quality. It's always good to have healthy competition in the team - you know you have to perform well to keep your place in the team and that's normal for the big squads."

City, who are third in the Premier League, 10 points behind leaders Chelsea after 24 games, travel to face 14th-placed Bournemouth on Monday. 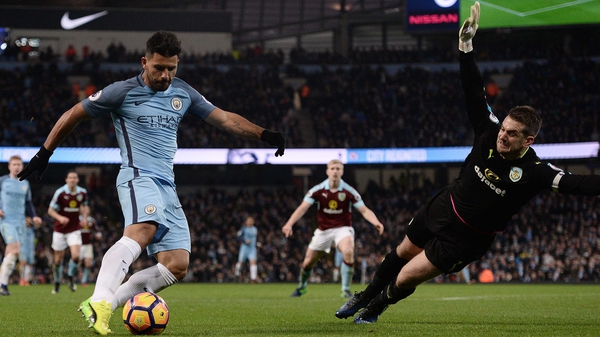 Sergio Aguero says his future is in Manchester City's hands