Liverpool's calamitous freefall in 2017 continued with a shocking 2-0 defeat at Hull City which may have put a final nail into their Premier League title hopes.

Alfred N'Diaye, Hull's new loan signing from Villarreal,  proved Hull's hero, scoring just before halftime thanks to another questionable piece of goalkeeping from Simon Mignolet, who flapped at a cross and allowed the Senegal international to tap in.

Liverpool began to completely dominate after the break but Philippe Coutinho was among those guilty of a shocking miss from close range as a clearly frustrated Juergen Klopp pondered a dismal run that has seen the Reds win just once in 10 matches, and even then only against lowly Plymouth Argyle in the FA Cup.

For Hull, looking rejuvenated and well organised under new manager Marco Silva, the win was sealed by a breakaway goal from another Senegalese forward, Everton loanee Oumar Niasse -- a victory that drags them from penultimate spot into 18th place.

It meant Liverpool remained winless in their opening five top-flight matches of a calendar year for the first time since 1954, when they did not win any of their first 10. 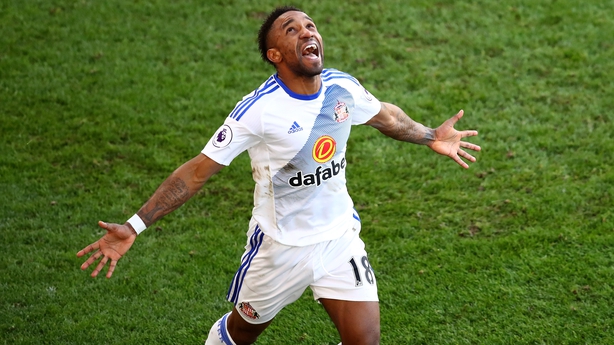 Sunderland, with just once away league win all season, opened the scoring in the ninth minute through defender Lamine Kone before Didier Ndong added the first of three goals in five frantic minutes.

Jermain Defoe ended the contest before the break with a smart quickfire double - his 13th and 14th league goals of the season - as Sunderland ran riot against a team managed by their former boss Sam Allardyce.

Romelu Lukaku scored after just 30 seconds, equalling the fastest goal in the Premier League this season, and went on to hammer in four as Everton beat struggling Bournemouth 6-3 amid a goal glut at Goodison Park.

Lukaku's first minute left-footer matched Pedro's 30-second goal for Chelsea against Manchester United but the Belgian was far from finished, making the second for James McCarthy and completing a double himself when he latched on to a careless Simon Francis back pass.

Three down at halftime, Bournemouth, without a win in 2017, improved dramatically in the second half, Josh King reducing the deficit just before the hour after fine work from Jack Wilshere and adding another 10 minutes later with a sharp finish.

Yet the hungry Lukaku struck twice more in the final 10 minutes to take his season's league tally to 16, making him the top-flight's leading marksman as Ronald Koeman celebrated his 100th Premier League match as a manager. 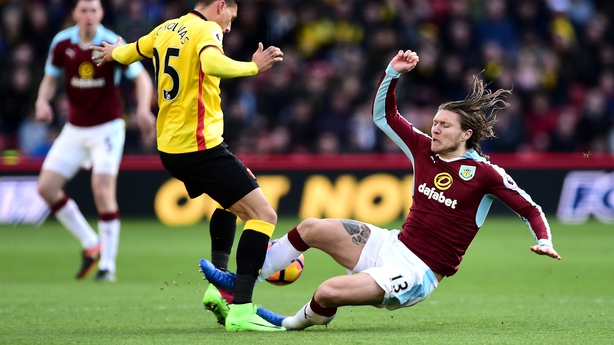 Watford's new loan signing M'Baye Niang scored his first goal for the club in their 2-1 win over 10-man Burnley at Vicarage Road.

The visitors put in a battling performance despite having Jeff Hendrick sent off for a two-footed challenge on Jose Holebas after six minutes and falling behind soon after when  Troy Deeney headed home Niang's cross.

The Frenchman turned scorer on the strike of halftime, heading in from Holebas as Watford took control although they had to negotiate a nervous last 10 minutes after Sebastian Prodl handled on the line to give Burnley a penalty, which Ashley Barnes converted.

For Burnley, record signing Robbie Brady made his debut as a second-half substitute, along with another January arrival, Ashley Westwood.

West Ham United recovered from a goal down to cruise to a comfortable 3-1 victory away against Southampton.

Pedro Obiang, provider for Carroll's goal, put the visitors ahead with a long-range strike in the 44th before Mark Noble's free kick was deflected off Steven Davies and into the net to condemn Southampton to a sixth defeat in seven league games.

Midfielder James Morrison scored the only goal of the game early in the first half to earn West Bromwich Albion a 1-0 win over Stoke City at the Hawthorns.

Morrison latched on to Nacer Chadli's pass to beat Stoke goalkeeper Lee Grant at his far post in the sixth minute.

Stoke's Ryan Shawcross had a deflected header clip the outside of the post and Joe Allen missed a glorious chance to level matters before halftime.