Zlatan Ibrahimovic and Phil Jones have been left deflated by Manchester United's failure to capitalise on the struggles of their rivals for a top-four finish.

Manchester City comfortably won at West Ham but the other Champions League contenders failed to win their midweek fixtures as Liverpool drew with leaders Chelsea, Tottenham were held at Sunderland and Arsenal lost at home to Watford.

United followed the trend as well-drilled Hull became the latest side to frustrate Jose Mourinho's men at Old Trafford, digging deep to leave with a deserved 0-0 draw on Wednesday.

The United manager's anger at refereeing decisions was clear after the match, but Ibrahimovic admits the players need to shoulder much of the responsibility. 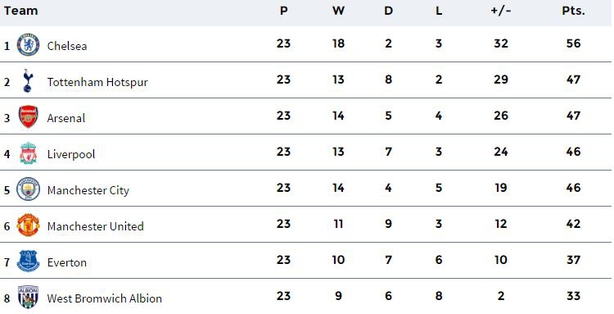 "I am very disappointed of course because we don't win the game," the striker said. "It would have been nice to win because the other teams lost some points and we would come closer to the top four.

"Even (though) for me the top four is not my aim - my aim is win the whole Premier League. If you don't win, you don't come closer. That's it."

Ibrahimovic added: "I think we had some chances to score, but we didn't score, so we kept creating and creating.

"And we missed that last third of the field where we were not doing it like we know how to do and are able to do."

The defender told MUTV: "We said before the game that this was our chance to put some pressure on the teams above us. We knew that teams around us would slip up and they have done, but we couldn't capitalise on it.

"We're bitterly disappointed. The lads are down in the dressing room, as you'd expect."

A disappointing night was compounded as Jones limped off 55 minutes into the goalless draw, pulling up hurt under pressure from Oumar Niasse.

The 24-year-old looks a doubt for Sunday's trip to struggling champions Leicester, but played down any suggestion it was a long-term issue.

"My foot's bruised but I'll be fine," Jones said . "It's nothing sinister, nothing serious, so hopefully in a few days I'll be fine."

United may have been at times limp and listless, but Hull more than held their own as the improvements under Marco Silva continue. 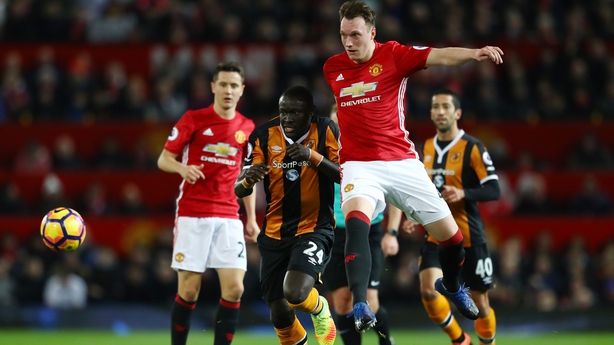 "It is important," manager Silva, appointed at the start of January, said of the point. "Of course it is important for us. It gives confidence for our team, our players, but we only got one point and we need more to achieve our goal.

The point moved Hull off the bottom of the Premier League ahead of another difficult-looking clash.

Jurgen Klopp's Liverpool are the visitors to the KCOM Stadium this weekend, when deadline-day acquisition Kamil Grosicki, an attacking player signed from Rennes for a reported "7million, could make his Hull debut.

Silva said: "He is an important player, sure, for our squad. He comes to improve.

"Normally when I decide to take Grosicki, I think Grosicki to play like a winger is the best position for him. But I think he is ready to play in the other positions as well." 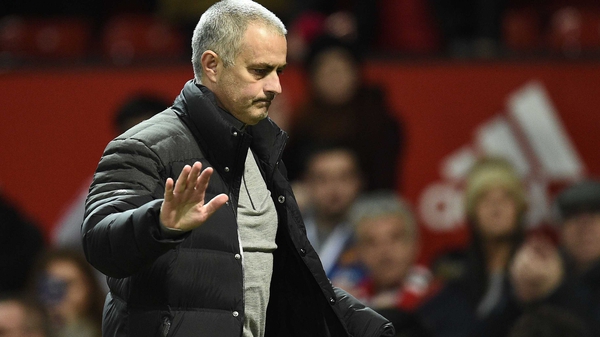