Brendan Rodgers confirmed Celtic have received an offer from Chelsea for Craig Gordon but remains adamant that his keeper is not for sale.

The Stamford Bridge club are looking to line up a replacement should Asmir Begovic, number two to Thibaut Courtois, move to Bournemouth.

Chelsea reportedly bid around £3m for the 34-year-old Scotland keeper but speaking at Celtic's Lennoxtown training complex, Rodgers said: "There has been an offer but nothing that we would (make us) even think about moving him.

"He is a player very much part of what we want to do.

"He has 18 months left on his contract and I want to keep him here to build a team around.

"We have no interest in selling him.

"When the club spoke to me about it, my message was very simple. He is not a player we want to sell."

Asked if £3m was a derisory figure for Gordon - Bournemouth have reportedly offered £10m for Begovic - the Northern Irishman, who worked at Chelsea's youth academy, said: "It is certainly not his valuation, that is for sure.

"I don't want to put any numbers on it. The message is pretty clear. He is not for sale.

"I repeat again, if a player is to go out of Celtic then the club will get their worth for the player.

"It will be at our valuation, irrespective of what the perception is of the league.

"In the real world, every player has a valuation but there are four days to go in the window.

"I don't want to be in the mind-set of moving a goalkeeper with four days to go, a goalkeeper we have been building up to become a Champions League goalkeeper.

"To move him on and try to find a replacement is a very difficult thing to do.

"I would hope the only thing that comes out of it that we can renegotiate with Craig and get him here for a longer period than the 18 months he has left.

"Craig will tell you that even before this speculation arose, I had spoke with him and it was something I was very keen to do.

"With the interest, of course, it is maybe something that brings it that forward that little bit quicker." 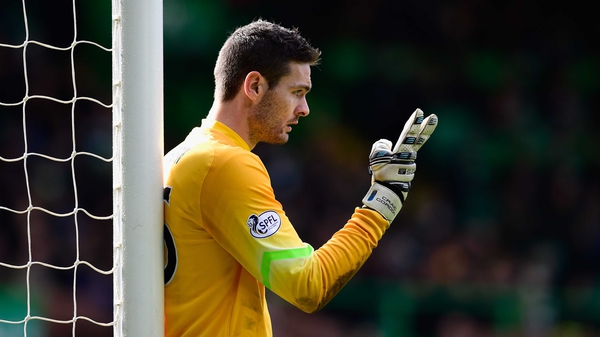 Celtic to fight off interest in Craig Gordon