Sunderland have agreed a fee which could eventually rise to £14m for defender Patrick van Aanholt with Premier League rivals Crystal Palace.

The Eagles have been given permission to speak to the 26-year-old Dutchman, who had submitted a transfer request, and he will now travel to London in a bid to push through his move.

Black Cats chief executive Martin Bain said: "If a player openly states he does not want to play for our club, then it is clear that we have a decision to make.

"In this instance and in regard to this particular player, we have done what we feel is right for Sunderland, which will always be our priority."

Ireland's Robbie Brady was strongly linked with a move from Norwich to Palace but the latest reports suggest that Burnley could be the destination for the versatile Dubliner should he return to the Premier League. 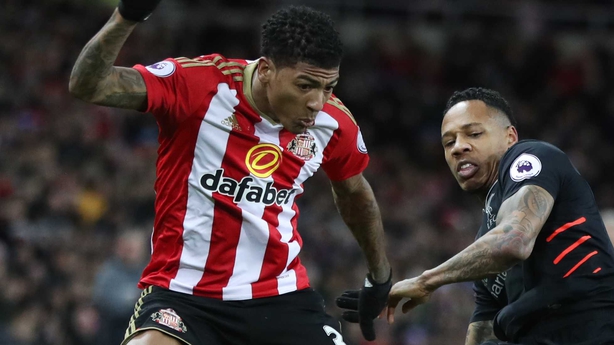 Elsewhere, the Daily Mirror are reporting that West Ham could be ready to sell Dimitri Payet to Marseille for an improved price of £30million.

Manchester United are priming Paul Pogba to tempt France team-mate Antoine Griezmann to sign for the Old Trafford club, according to the Daily Record.

United full-back Matteo Darmian is house hunting in Milan as he tries to force a move to Inter Milan, according to the Sun.

Branislav Ivanovic could be leaving Chelsea as he is in discussions over a move to Zenit St Petersburg, reports the Daily Mail.

Sky Sports are reporting that Sunderland are closing in on a loan deal for Bordeaux left-back Diego Contento.