An injury-time goal from Shane Long sealed a 1-0 victory for Southampton in the EFL cup semi-final second leg at Anfield to book their place in next month’s final.

The Saints reached their first major final since 2003 to leave Liverpool's season in danger of unravelling as the visitors prevailed prevail 2-0 on aggregate in their two-legged EFL Cup semi-final, as their hosts failed to score against them for the third time this season.

It was substitute Long who made sure of the win with his powerful strike in injury-time, his third goal of the season, sending the travelling contingent wild with delight.

Liverpool, eight-time winners of the competition and appearing in the last four on a record 17th occasion, were again lacking sharpness up front.

Having lost to Swansea at the weekend to dent their top-four hopes, this was another blow and with a potentially tricky FA Cup tie at home to Wolves to negotiate before Tuesday's visit of Premier League leaders Chelsea, things will not get any easier for Jurgen Klopp's side.

Since the turn of the year they have won just once, against Sky Bet League Two side Plymouth, and the goals have dried up with just seven in as many games.

Klopp led Liverpool to the final of this competition and the Europa League last season, but his golden touch deserted him this time around as Southampton booked their first major final appearance since the FA Cup defeat to Arsenal at the Millennium Stadium 14 years ago and their first showpiece Wembley visit since 1979.

They did get there in 2010 to win the Johnstone's Paint Trophy as a League One side but next month's final has far more cachet.

As in the first leg, Southampton should have been home and dry in the opening 45 minutes as they created - and wasted - the best two chances of the half.

Nathan Redmond was the creator of both in a 10-minute spell just before half-time when he gave right-back Trent Alexander-Arnold and Joel Matip, making his first start for six weeks, a torrid time.

Unfortunately for Southampton, Dusan Tadic and Steven Davis were not at the same level, although the former at least did force Loris Karius into a good save as he scurried off his line.

By contrast no Liverpool player tested the 22-year-old Jack Stephens, who was making only his sixth senior appearance and tasked with filling the giant Virgil van Dijk-sized hole in the centre of defence. 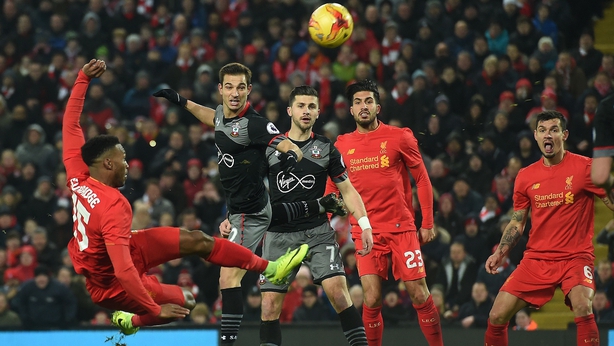 Forster made a hash of saving Emre Can's long-range effort just after the break but somehow recovered to claw the ball off the line, while Sturridge hooked over from close range with the goalkeeper beaten and then stabbed Jordan Henderson's cross wide at full stretch as Liverpool ramped up the pressure.

Still Saints, superbly organised by manager Claude Puel, held on as Coutinho flashed a shot wide with 13 minutes to go, and from a Liverpool corner in added time Southampton countered and Long fired home.

It will be their first League Cup final appearance in 38 years and have created history by becoming the first side to reach the final without conceding a goal en route.

The Saints will await the winners of Hull City and Manchester United in the other semi-final, with Jose Mourinho's side holding a 2-0 lead from the first-leg.

Puel told Sky Sports 1: "Fantastic. Fantastic for all the squad and it is a good reward because they all their very hard work. To find this opportunity to play in a cup final is fantastic, over two legs we deserved it, because were fantastic in the first leg at home with just one goal with many opportunities.

"Now the goal is to go to Wembley and not just to participate and I hope to win this cup, it's fantastic for all the supporters, the squad, the staff.

"The second half was difficult for us because there was many chance for Liverpool but in the first half we had two or three chances and could have made more of a difference.

"It is a great reward for the squad and over the two legs I think we deserved to qualify." 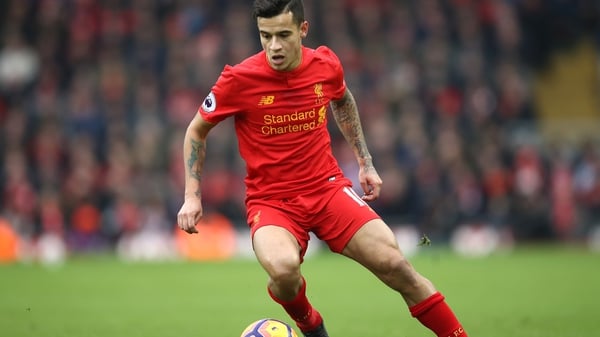