Sam Allardyce has revealed how "scared" he is that Crystal Palace will fail in the "crisis" of their battle to avoid relegation.

The Eagles manager is also concerned about the damage a potential failure would do to his reputation as a survival specialist.

Palace appointed Allardyce as Alan Pardew's successor last month in an attempt to arrest the decline that had left them at risk of dropping out of the Premier League.

Allardyce had remained in demand, despite losing his job as England manager in September after just 67 days, and continues to be considered the ideal man to help clubs avoid the bottom three.

Since his arrival, however, Palace have lost three and drawn two of the five fixtures he has overseen, meaning they are above the relegation zone only on goal difference as they prepare to host his former club Bolton in the FA Cup.

Allardyce's success in inspiring Sunderland to survival last season appeared the greatest of his career and contributed to his recruitment by England, but Palace's squad is yet to respond to his methods and he said:

"I am scared that we won't succeed. Definitely.

"The last thing I want is to say I've come here and not been able to save Crystal Palace with a track record which has never had that blemish on it since I've been in the Premier League. I don't want that.

"It's a hard task to take on, but I'm willing to go on at it and use all my experience I have gained in the past to say to the players: 'look, I've been here before, this is what we need to do'.

"It always scares you when you first come in (to a new managerial job).

"I'm not fearful of losing my job; it's the fear of not wanting to blemish my record and helping Crystal Palace get out of trouble when it has stayed in the Premier League so long recently.

"What we have to do is see ourselves through this crisis. Let's face it, we are in crisis mode. We've got 16 points from 21 games and we won't feel comfortable until we've got the same number of points as games.

"I'm good at it. On my track record I've proven that but there are so many elements that make life difficult for you. At the moment, the price of players, too many injuries, the African Nations Cup." 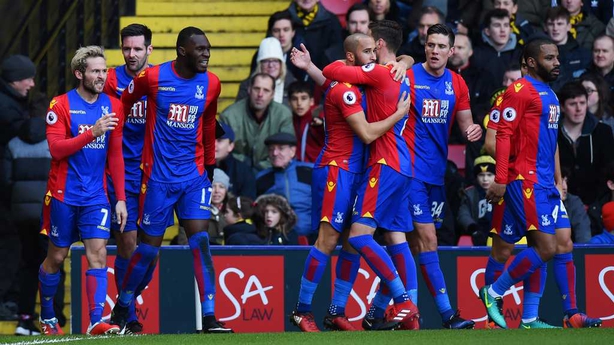 Allardyce dismissed suggestions that he had "lost his spirit", but will name a weakened team for Tuesday's third-round replay with Bolton.

Bakary Sako and Wilfried Zaha are away at the African Nations Cup, Scott Dann will be rested, and Steve Mandanda, Fraizer Campbell, James McArthur, Pape Souare, Jordon Mutch and Connor Wickham are all injured.

"When you go to any new club the fear is as great as when you first start out," said the 62-year-old.

"When you get your first manager's job, sit behind the desk and think: 's***, it's my responsibility now. Making this team successful'. You lose lots and lots of sleep, make lots and lots of notes, and as time goes by you think: 'why did I do all that?'

"Well that was your learning process; making mistakes and learning by them and not making them again. That was the only way you survived.

"I didn't have to jump at the chance to come back because I hadn't been out of work that long. The Premier League is an addiction and when you're working with young people, even in a difficult period like we are in, it keeps you young."