The FIFA Council has unanimously voted to expand the World Cup to 48 teams from the 2026 tournament onwards.

There were five options on the table but the favoured concept of FIFA president Gianni Infantino was wholly supported.

Here are some of the key questions about the decision to move away from the 32-team set-up.

Whose idea was this?

The short answer to this, as with so much in recent football history, is Sepp Blatter. The Swiss had planned to expand the tournament to 40 teams - making eight more member associations happy - before his downfall in 2015 and Gianni Infantino, his eventual successor, picked up the banner. But the two proposed 40-team formats had various issues, prompting Infantino to double down and go for 48.

How will it work?

An initial group stage featuring all 48 teams split into 16 groups of three would see the top two sides qualify for the round of 32, where a knockout system would continue to the final. Group winners will face group runners-up, although it remains unclear what method would be used to separate those teams with equal records following their two group matches.

Penalty shoot-outs at the end of drawn group matches was a suggestion many thought would be adopted, but Infantino has also raised the possibility of world rankings deciding the overall positions if two nations find themselves tied on points. Don’t forget, the Republic of Ireland have drawn eight of their 13 matches in World Cup history. This is important to get right. 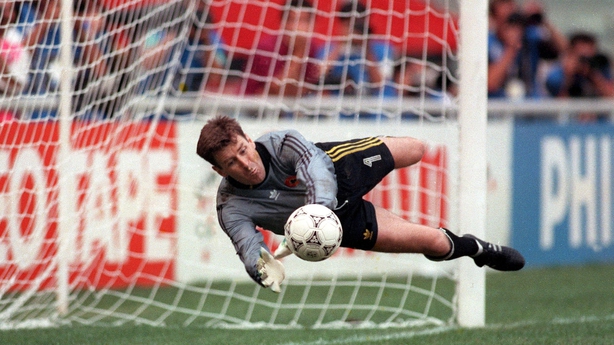 With 48 teams, it sounds like a lot more football, is it?

FIFA is also adamant this can be done in 32 days, the same duration as the current format, another major concern for the clubs. And with the hosts of this tournament likely to be some combination of Canada, Mexico and the United States, there will be plenty of stadiums in the mix.

Who will benefit the most from the increase in qualified nations?

Infantino insists all confederations will receive an increase in the number of qualification spots it is allocated. But it is likely African and Asian nations will see their chances of reaching the finals increased the most as they are currently sidelined in favour of Europe and South America.

Is money at the root of the decision?

Up to €950m is the projected increase in revenue for Infantino's preferred 48-team event when compared to the 2018 World Cup. The president has said money should not be a reason for doing this - he says he wants to spread the passion a nation experiences during a World Cup campaign.

What about the quality?

This is an issue that was raised by the German FA, the only association to have spoken out against Infantino's plan heading into Tuesday's vote, and even FIFA's internal research on the formats admitted the existing format is the best way to guarantee as many of the world's best teams play each other at the finals.

But, at his press conference following the announcement, Infantino again talked up Costa Rica's besting of England, Italy and Uruguay in 2014, and the exploits of Iceland and Wales at Euro 2016, as examples of underdogs overcoming their perceived superiors. Scotland have already offered their support.

Time will tell if it works out.