Cristiano Ronaldo hailed 2016 as "the best year of my career" after being crowned the world's leading player at the inaugural Best FIFA Football Awards in Zurich.

Ronaldo, who led Portugal to the Euro 2016 title as well as winning the Champions League with Real Madrid, beat fellow shortlisted candidates Lionel Messi and Antoine Griezmann to claim the prize.

The award comes one month after the 31-year-old also pipped Argentinian rival Messi to win his fourth Ballon d'Or title.

Ronaldo said: "I tell you 2016 was the best year of my career. I had a lot of doubts but the trophy I think shows I lived up to that.

"After what I won and what I did I had no doubts that I would be able to get it, and to be able to have this achievement, it was a year that was magnificent on a personal level and a sports level.

"I will never forget this wonderful year."

The award, voted for by a combination of national team captains and managers, journalists and fans, was inaugurated after FIFA ended its association with the Ballon d'Or last year. 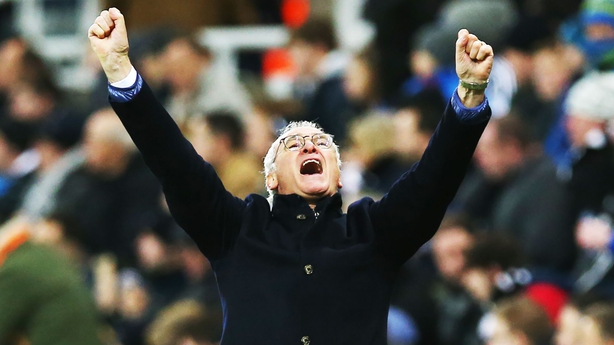 Leicester boss Claudio Ranieri won the coach of the year title in recognition for leading the Foxes to their improbable Premier League triumph.

Ranieri, who beat Portugal coach Fernando Santos and Real Madrid boss Zinedine Zidane to win the prize, said: "I think what happened in England last season was amazing, something strange.

Liverpool and Borussia Dortmund shared the fan award for their joint rendition of "You'll Never Walk Alone" during their Europa League clash at Anfield in April last year.

And the FIFA Fair Play Award went to Colombian club Atletico Nacional, who requested the 2016 Copa Sudamericana title be awarded to Chapecoense following their tragic plane crash en route to the final.

No Premier League players were voted into the FIFPro World XI, with Real Madrid leading the way with five representatives. 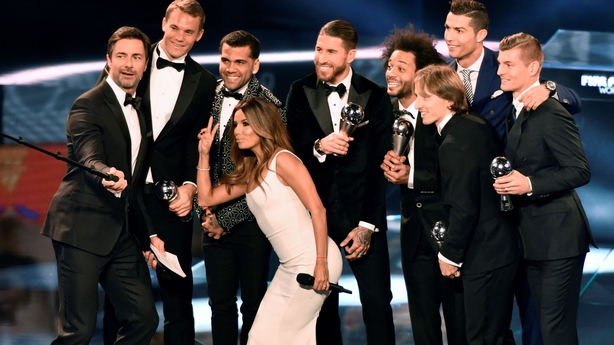