The trio join Gavin Peers and Patrick Cregg as new additions for Pat's ahead of the new season which begins on 24 February.

“I'm delighted to add the three lads to our squad as we continue our preparations for the new season and our opening fixture against Bray," Saints' manager Liam Buckley said.

“We've retained a large amount of our squad from last season and coupled with our new signings and talented players from our underage sides, we're looking forward to the year ahead.”

Barry Murphy joins the club for a second spell having spent time at Shamrock Rovers, while Byrne joins the Saints after spending a season at Bohemians in which he scored 10 league goals.

The Dubliner featured in the club's underage sides before being released last year and has previously starred for the Ireland U-19s. 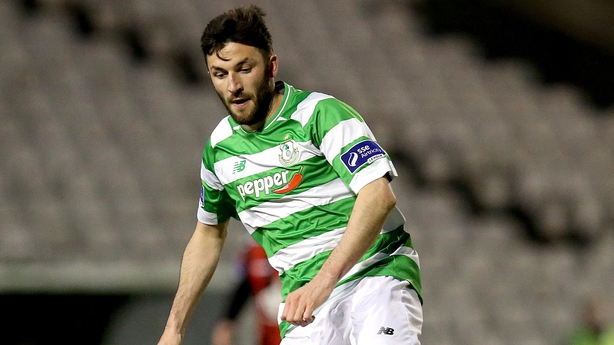 He joins brothers Gavin and Sean at United Park on their return to the top flight.

Manager Pete Mahon said of the former PFAI Player of the Year: “It is really exciting that we have a player of Killian’s quality on board with us for the new season.

“He has played at the highest level of the game year in, year out and won every trophy in the country.

“It was heartwarming talking to Killian and knowing that he is not motivated by money and he is so keen to play for his hometown club. I expect Killian to be a leader for us this season both on and off the pitch.”

Finn Harps have landed former Galway United defender Killian Cantwell as they prepare for their second season back in the Premier Division.

Manager Ollie Horgan needed to add defensive cover with Keith Cowan not expected to feature at all next season due to the serious knee injury sustained against Cork City in the latter stages of the 2016 campaign and has landed former UCD man Cantwell.

“We’re very pleased to get a central defender of Killian’s stature on board for the new season. He’s a young lad who has a lot of experience already in League of Ireland football having played with Wexford Youths and the last two years with Galway United in the Premier,” Horgan said.