The return of Jaap Stam to Old Trafford will dominate the narrative ahead of Reading’s trip to Manchester United but any upset could have an Irish theme, according to Steven Reid.

The 23-cap former Ireland international is first-team coach with the Championship club, who face Jose Mourinho’s men on Saturday in the third round of the FA Cup (12.30pm).

The Royals will arrive at the famous stadium on the back of a three-game winning streak, including a 3-2 comeback victory against Bristol City on Saturday, in which Ireland Under-21 international Liam Kelly appeared as a substitute and scored their first.

Former United defender Stam, who was part of the treble-winning team in 1999, has guided the side to third place in the table.

Reid hailed the boss but stressed that the players have been outstanding in their last few games.

"We’ve had one or two that have come in in recent weeks,” Reid told RTÉ 2fm’s Game On.

“Liam Kelly in midfield has been outstanding. He came on at the weekend, made a real impact, scored the first goal in the recovery, had an assist for the second, he was superb.

“We’ve had great performances from our senior players, Ali Al Habsi in goal.

“Paul McShane deserves a special mention. Captain of the team, he’s been a real rock at the back as well.” 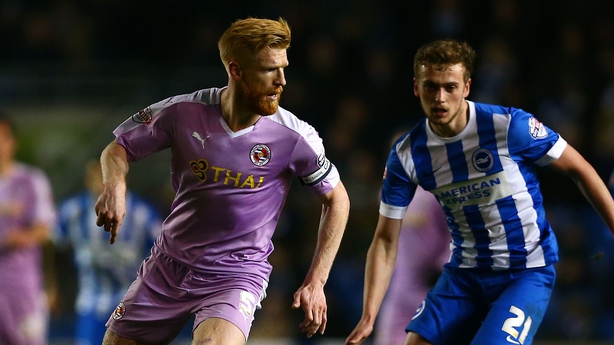 The Red Devils are on quite a hot streak themselves having won their last six league games.

But former Blackburn and West Brom player Reid is looking forward to the challenge.

“It’s definitely my favourite stadium in the country,” he said. “I was driving home from training when they made the draw and as soon as that came out of the hat, you’re rubbing your hands, it’s a great tie.

“It’s one of those ties that you dream about getting. I’m sure the players are really looking forward to testing themselves against some of the most expensive talent in the world.

“It’s going to be a real test for us but the lads have been superb this season.

"Even in the way we play, we like to dominate possession, and there’s no reason why you can’t go to Old Trafford and do that as well.

“The players are playing with such confidence at the moment that we’ll go into it with no fear.

“The bottom line is we’ve really got nothing to lose. I think we’re going to go into it and have a right go.

“You look at their strengths and the weaknesses. Although they’ve got such a strong squad, individually and as a team, you hope there’s one or two weaknesses in their armour that we can exploit.”