Sports media tycoon Radrizzani, 42, who entered into talks with Cellino in the summer, has acquired 50 per cent of the club's share capital through his company Aser Group Holding.

Speculation over the club's future had been mounting since Cellino, 60, assumed 100 per cent control at Elland Road in September when he bought the minority stake still held by previous owner Gulf Finance House.

A club statement read: "Leeds United Football Club today confirms the completion of an investment by Aser Group Holding, through its acquisition vehicle Greenfield Investment Pte Ltd, in 50 per cent of the club's share capital.

"The agreement is between Massimo Cellino and Andrea Radrizzani, who is founder and group chairman of Aser Group Holding, the successful co-founder of international sports media rights company MP & Silva and a leading figure in the sports media industry over the past two decades."

Cellino's company Eleonora Sport Ltd had bought 75 per cent of Leeds' shares from GFH in April 2014 for a reported sum of around £30million.

"I am fully aware of the great heritage and traditions of Leeds United and I will endeavour to be a fitting custodian on behalf of the many thousands of Leeds supporters, who are the lifeblood of the club."

"I am delighted and proud to have acquired a 50 per cent stake in such a prestigious football club as Leeds United," Radrizzani said.

"I am excited by the challenge ahead and I will work alongside Massimo and everybody at the club to make Leeds United as successful as possible.

"I am fully aware of the great heritage and traditions of Leeds United and I will endeavour to be a fitting custodian on behalf of the many thousands of Leeds supporters, who are the lifeblood of the club."

MP & Silva owns the exclusive distribution rights for the Premier League in south-east Asia until 2019.

It sold a 65 per cent stake in the company to Chinese investment group Everbright Securities and internet entertainment firm Baofeng in May when it was reported to be valued at £685million.

Radrizzani was appointed president of Baofeng Sport International in June and helped broker the sale of Inter Milan to Chinese electronics company Suning in the same month.

He added: "I am making a long-term commitment to Leeds United and will work to bring stability through ongoing investment. I aim to bring sustainable growth. I won't do anything that will put the club's future at risk.

"Through working in the sports industry for many years, I have developed a great passion for the English game and I am honoured to have become joint owner of one of the country's biggest clubs.

"I am very impressed with the job Garry Monk has done this season and I will do all I can to support him and the team moving forward.

"The responsibility is on myself, Massimo and the executive management at the club to work together over the coming months to provide the best platform and environment for Garry and the team to achieve success.

"My immediate priorities over the coming weeks are to meet with Garry and the team; the club staff at Elland Road and Thorp Arch; supporters' representatives; former players and media." 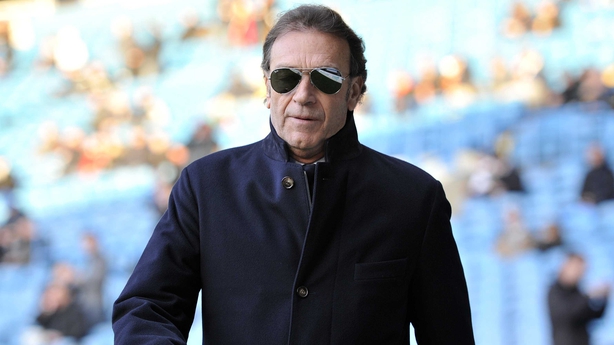 Cellino is due to start an 18-month ban from all football activities on February 1 for breaching agent rules over the sale of Ross McCormack to Fulham in 2014.

The Italian and Leeds were both fined £250,000 by the Football Association, while Cellino has already indicated he will appeal against the ruling.

If unsuccessful, Cellino's suspension means he will not be able to return to any position at Leeds until September 1, 2018.

In a statement posted on the club's website, Cellino said: "I have worked hard for the past three years for Leeds United, we are a massive club, and I feel the only way we can get better is for me to bring in a new partner.

"Andrea is young and brings a new energy with him, as well as having a good experience in the football media business, which is the future for all clubs.

"I feel that bringing Andrea in as a 50 per cent shareholder to work with me is the best choice we could have made. We will continue building a strong and healthy football club for the future."