Arsenal v West Brom
Aaron Ramsey faces a late fitness test for Arsenal. The Wales midfielder has only made 10 Gunners appearances in an injury-hit campaign, and is bidding to shake off his latest hamstring problem.

Alex Oxlade-Chamberlain has failed to beat his own hamstring issue in time to face West Brom, while Danny Welbeck is back in training after knee trouble but still some way off a return.

James Morrison is a doubt for West Brom, having suffered from flu this week. The midfielder did not train until Friday, when he remained separate from the main group, and the Baggies will assess him before their game at the Emirates Stadium.

Jonny Evans could return after missing the last two games with a calf injury while Saido Berahino is still unlikely to be in the squad as he tries to regain fitness having not played since September.

Burnley v Middlesbrough
Burnley welcome Johann Berg Gudmundsson back but will be without Matthew Lowton.

Iceland international winger Gudmundsson has been out since November with a hamstring injury he sustained against Manchester City but featured in a behind-closed-doors friendly against Preston in midweek. Lowton will serve a one-match suspension for picking up five cautions since the start of the season.

Middlesbrough winger Viktor Fischer will miss out after being ruled out for up to three weeks with a knee injury. The former Ajax midfielder hobbled off the pitch during the first half of Boro's 3-0 Premier League victory over Swansea last Saturday and will miss the entire festive programme as he recovers.

Head coach Aitor Karanka hopes to have Christian Stuani (foot) fit, while full-back George Friend will push for a return to the starting line-up after appearing as a substitute against the Swans following a knee problem. 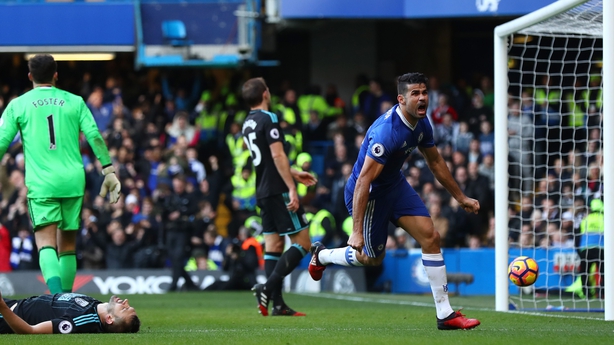 The Premier League leaders could turn to Michy Batshuayi to replace 13-goal Costa or switch from the 3-4-3 formation which has seen them win 11 straight league games. Club captain John Terry remains out with a gluteal strain.

Bournemouth's Junior Stanislas and Andrew Surman could be in contention at Stamford Bridge. Manager Eddie Howe is planning to make a late decision on the fitness levels of Stanislas, who has not featured since the beginning of the month because of ankle trouble, and Surman - who has been unavailable since October due to a hamstring problem. Lewis Cook remains sidelined due to an ankle injury.

Hull v Manchester City
Hull midfielder Ryan Mason is expected to shake off a knock after missing last week's defeat at West Ham, but striker Abel Hernandez is still another fortnight away from a return to action after being sidelined since early November due to a groin injury.

Right-back Pablo Zabaleta is doubtful for Manchester City's trip to East Yorkshire with a knee problem. Midfielder Fernandinho returns from a three-match suspension but striker Sergio Aguero still has one match of his ban remaining.

Captain Vincent Kompany (knee) and midfielder Fabian Delph (groin) continue to work towards a comeback but Ilkay Gundogan (knee) is a long-term absentee. 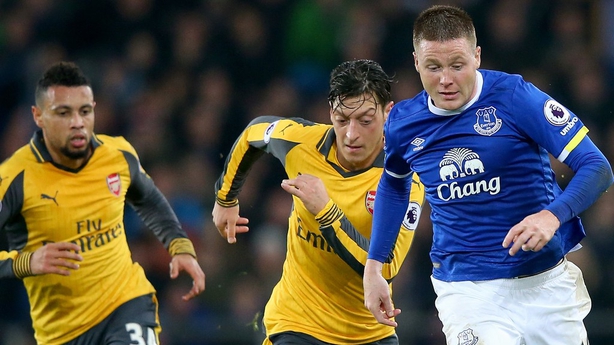 Leicester v Everton
Jamie Vardy starts his three-match ban after Leicester failed in their appeal against the red card he was shown at Stoke on Saturday.

Robert Huth and Christian Fuchs are also suspended after accruing five bookings this season but Danny Drinkwater could make his comeback after returning to training following a knee injury which has kept him out since he completed a three-game ban.

Everton midfielder James McCarthy will miss out with a hamstring problem which is likely to sideline him for at least a couple of weeks. Goalkeeper Maarten Stekelenburg suffered a dead leg which forced him off in the Merseyside derby and will not be considered unless he can train on Sunday. Captain Phil Jagielka is available again after suspension.

Manchester United v Sunderland
Manchester United should have Henrikh Mkhitaryan and Eric Bailly back for the visit of the Black Cats. Armenian playmaker Mkhitaryan has missed the past two games with an ankle injury suffered in the win over Tottenham while centre-back Bailly (knee) was injured in the next game against Crystal Palace.

Boss Jose Mourinho confirmed full-back Luke Shaw is his only absentee at the moment due to a groin strain.

Adnan Januzaj will sit out the Premier League clash with his parent club. He will be joined on the sidelines by Jan Kirchhoff, who has undergone surgery for a knee cartilage injury which will keep him out for 12 weeks.

Defenders Billy Jones (hip) and Javier Manquillo (hamstring) and midfielder Steven Pienaar (calf) have returned to training, but the game could come too soon for them. 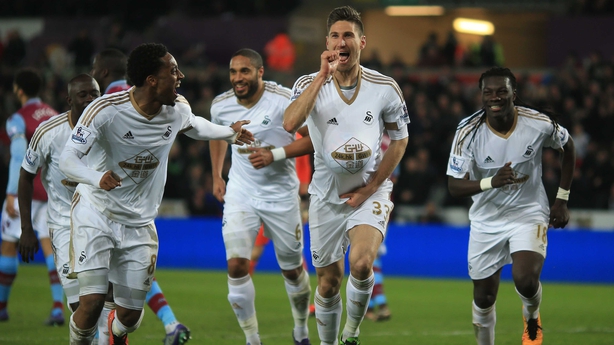 Swansea v West Ham
Swansea have broken-toe victims Federico Fernandez and Ki Sung-yueng available. Fernandez is a real contender to return in central defence on the back of the Swans conceding six goals in defeats at West Brom and Middlesbrough.

Ki might have to settle for a place on the bench, but Kyle Naughton and Jack Cork are possible options with under-pressure manager Bob Bradley considering changes.

West Ham will be without Diafra Sakho after boss Slaven Bilic confirmed the striker could be out for six to eight weeks due to a back injury.

Midfielder Gokhan Tore is still out with a knee problem, Pedro Obiang is suspended and Reece Oxford (ankle) and Simone Zaza (knee) remain sidelined, while defender James Collins is a doubt as he continues his recovery from a muscular injury.

Watford v Crystal Palace
Watford duo Sebastian Prodl and Stefano Okaka could be fit to take their places on the bench. Defender Prodl and striker Okaka, who are suffering from a dead leg and a hamstring injury respectively, have returned to light training and face fitness tests.

Defender Craig Cathcart returned to the bench for the defeat against Sunderland having recovered from a groin problem, but is unlikely to start.

New Crystal Palace manager Sam Allardyce will hope to have Mathieu Flamini available. The French midfielder has trained this week after missing the 1-0 loss to Chelsea with a groin injury.