Cristiano Ronaldo scored a hat-trick as Real Madrid claimed their second Club World Cup title but the Spanish giants needed extra-time to see off the spirited Kashima Antlers 4-2 in Yokohama.

The Portuguese has won the Champions League, European Championship and Ballon d'Or in 2016 and ended the year with yet more glory, scoring his side's second from the penalty spot before settling matters with a pair of fine finishes in the additional half-hour.

On paper it was something of a mismatch but Kashima, the first Asian side to reach the final of the competition, took a second-half lead at 2-1 and could have won it late in normal time.

Instead scores were tied at 2-2, Karim Benzema's opener and Ronaldo's penalty weighed against a fine brace from Gaku Shibasaki, the Japanese team delighting 68,000 fans with their defiance.

That left the stage clear for Ronaldo, who had been poor for the first 45 minutes, to take a familiar place in the spotlight and extend Real's unbeaten run in all competitions to 37 games. 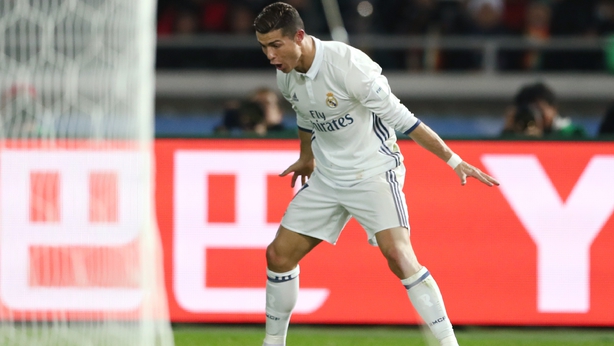 Real captain Sergio Ramos missed the semi-final win over Club America but took his place alongside Raphael Varane in defence after being passed fit.

Kashima came out with an intensity that may have caught their opponents by surprise, but it did not take Real long to assert themselves.

Just nine minutes had passed when Luka Modric tried his luck from the edge of the box, leading to a weak parry from goalkeeper Hitoshi Sogahata. Benzema needed no invitation to pick up the scraps and duly finished off from close range to open the scoring.

Mitsu Ogasawara came close to levelling from the very next attack but it was not until the 44th minute that the equaliser arrived.

By that stage Kashima had shown they were up for the contest, finding a foothold despite hanging on at times.

With the whistle close both Varane and Casemiro were guilty of failing to snuff out an attack and when Shibasaki got a smart shot away it was good enough to beat Real goalkeeper Keylor Navas.

The crowd reaction was deafening but increased again when the underdogs took a surprise lead six minutes into the second half.

Shibasaki produced a gem this time, charging at the defence and letting fly with a fierce strike when he ran out of options. Once again, Navas had no answer.

By now Real were in no doubt they were in a game but on the hour Lucas Vazquez was clipped by Shuto Yamamoto.

Ronaldo, whose input had thus far been sorely lacking, cracked the spot-kick into the bottom corner.

He had the ball in the net again in the 72nd minute, after Sogahata pushed Benzema's shot back into the area, but an offside flag was correctly raised against the Portuguese.

Real would have lost late on had Navas not saved well from Fabricio and Ramos appeared close to a second yellow card in injury time only for the referee to seemingly change his mind.

Even that did not crush Kashima's hope and they responded by rattling the crossbar through Yuma Suzuki. It needed Ronaldo to finally resolve things and he obliged, intercepting a Toni Kroos shot and slotting home himself to bring the trophy back to the Bernabeu. 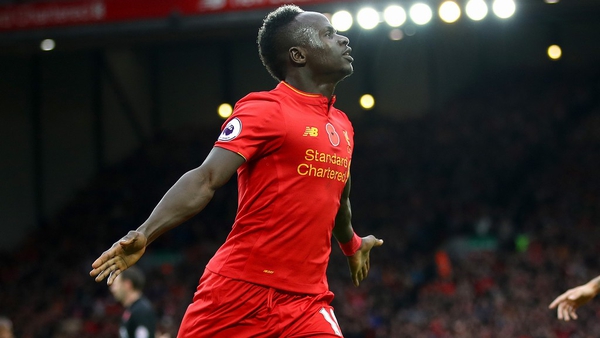