Horgan follows fellow former Dundalk team mate Andy Boyle to Deepdale and will be eligible for selection from 1 January. Horgan's first involvement could come against Arsenal, who Preston face in the FA Cup on 7 January.

Horgan and Boyle have impressed this season as Dundalk were again crowned SSE Airtricity League Champions, while reaching the group stage of the Europa League.

Horgan, 24, was this season's PFAI Player of the Year and the Galway man plays on the wing so will come into competition with compatriot Aiden McGeady, on loan at the club from Everton.

The Lilywhites are currently 12th in the Championship.

Horgan said: "Incredible is the only word for the three years I had at the club.

"To win everything and to do what we did in Europe was special. It was a special time for me and for the club as well.

"The league titles were something unique especially considering where we came from to win three on the bounce was amazing and in some sense unprecedented from what was expected.

“It’s a new challenge at Preston and new adventure for myself and my family. 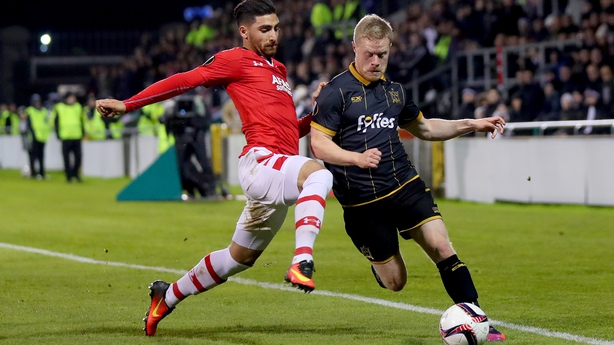 "It is something that if I didn’t take the chance to go now I would have been left wondering ‘what if?’ more so than anything else.

"It was always something I have aimed for and unfortunately it has come at a time when football in Ireland is probably at its highest point. It was something I couldn’t turn down.

“My first aim is to get into the Preston team first and foremost. I want to play as quick as I possibly can but there is a good and settled side there.

"They have done well. Hopefully I can go in and make a mark that’s the plan.”