Manchester United's Europa League clash against Zorya Luhansk is expected to go ahead despite concerns over the icy pitch.

A point will see United progress from Group A to the last 32, with a loss even enough should Feyenoord fail to win their match against Fenerbahce.

Zorya are already out of the competition but they restricted United to a 1-0 win at Old Trafford, playing on the kind of surface they can only dream of.

The Chornomorets Stadium pitch was frozen in places and patchy in others on Wednesday night.

United defender Daley Blind said it was "like a rock" when going out to train and the world's most expensive player Paul Pogba laughed, as did several others.

The players' studs clacked on a surface that faced a routine pitch inspection at 10am local time (8am GMT) on Thursday.

UEFA officials said afterwards that the pitch had improved overnight after hot air was blown under the covers.

The fact the temperature is set to rise above zero in Odessa also gives the governing body hope.
An official from Zorya said: "Everything depends on the weather.

"The pitch is not brilliant at the moment. We are expecting temperatures to be two or three degrees and everything should be okay."

At the pre-match press conference United boss Jose Mourinho questioned why UEFA allows final group matches to be played in countries where winters hit so hard.

"So if UEFA was worried about it, they should change the fixtures and not allow the last fixtures to be played in mid-December.

"If the fifth fixture is the last fixture here, it would be the end of November and not mid-December, so I think that's the problem.

"I think the stadium is beautiful, it's new, it's well taken care of. 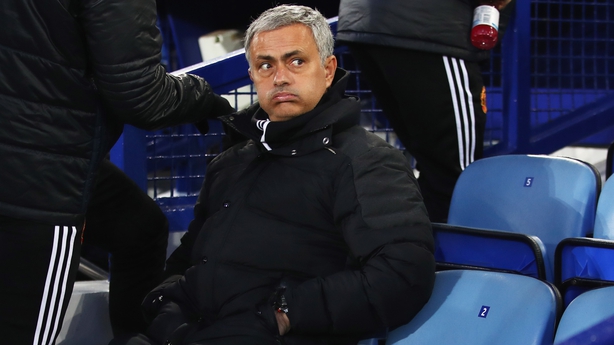 "The pitch is the same. They are trying, they are putting some warmth on the top of it, but the pitch is very difficult and people cannot make miracles. Let's hope everything goes well."

It is not the first time United have had problems with a pitch since Mourinho's arrival. In July, the Bird's Nest stadium quagmire cost them a money-spinning pre-season friendly against Manchester City in Beijing.

Much more is at stake in Ukraine given progress is on the line in the Europa League - a competition that sees the winner through to the Champions League.

United are already nine points off the top four in the Premier League, meaning their prospects of reaching the Champions League that way already look slim, but Mourinho says that has not heightened the importance of this competition.

"No, we go in the same direction," the Portuguese manager said.

"We assumed from the beginning that it was an important competition for us - difficult because we play Thursdays and then we play Sundays.

"We are never given a Monday match to have one more day to rest and prepare, so it is difficult.

"It's a difficult competition to play together with the rest of the competitions.

"The first step is a difficult one, which is to qualify from a very difficult group."