Eamon Dunphy believes Jose Mourinho may have lost his managerial midas touch and that Manchester United will struggle to qualify for next season's Champions League.

Sunday's 1-1 draw with Everton left the Red Devils 13 points behind leaders Chelsea, who sacked the Portuguese this time last year after an underwhelming start to their title defence.

The 52-year-old succeeded Louis van Gaal at Old Trafford in the summer but his side have won just five of 14 league games so far and are nine points off the Champions League spots. He has also been sent to the stands twice for his behaviour during matches.

"We might be looking at a coach whose time has passed," RTÉ soccer analyst Dunphy told 2fm's Game On.

"He hasn't looked the same person for the last 18 months. He's been a shadow of his former self. You can see it in his face and in his body language.

"He's walked into a club that do not have the players to challenge for the championship and I don't think even for a top-four spot.

"We're looking at a club that has an awful long way to go to restore its former glory as a team that's always in contention and qualifies for the Champions League, sometimes winning it or getting to the final.

"They're a million miles away from that at the moment." 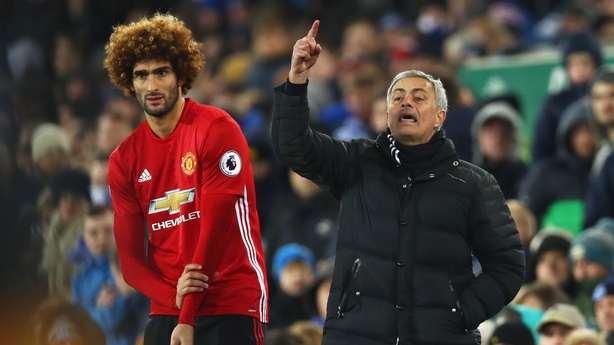 Dunphy thinks that Mourinho has failed to inspire any significant improvement in what he suggests is an underwhelming squad.

"There are some very ordinary players playing for Manchester United and he's got to try to do something with them.

"You had (Marcos) Rojo playing the last day...

"The total outlay for (Anthony) Martial was £35m and the add-ons could bring it up to £61m.

"He's not a player at all really. He's scored a few goals and every time he scores it costs United a million. That's mad stuff.

"Mourinho inherited all that. He's not the author of it but he hasn't improved it with his demeanour, his behaviour and his criticism of players."