Dundalk goalkeeper Gary Rogers is targeting qualification for the knockout stages of the Europa League after agreeing terms on a new contract with the league champions.

The 35-year-old has won two league titles and an FAI Cup since joining the Lilywhites for the 2015 season - he was also part of Martin O'Neill's Republic of Ireland squad for the World Cup qualifier in Serbia.

“It’s great to get it done, I'm delighted to continue my career with Dundalk," said Rogers. "I wanted to stay so to get things sorted is great.

“It has been terrific at the club. (My) first year we won the double and then to retain the league title this season was brilliant. The three-in-a-row was something that we targeted at the start of the year so to do that was fantastic." 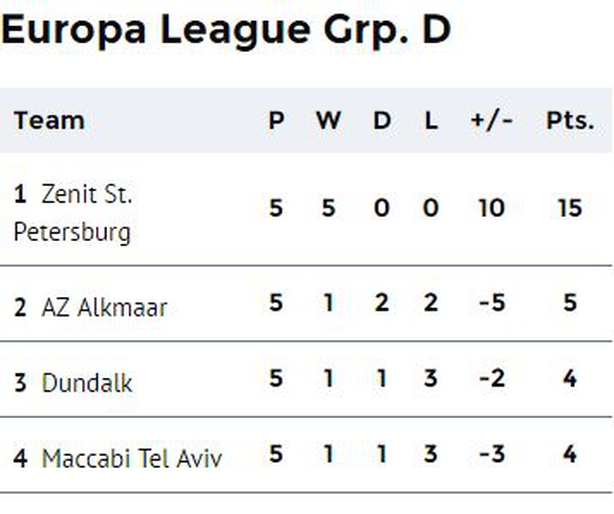 Dundalk are still in with a shot at becoming the first Irish side to qualify from the group stages of a European competition.

A victory away to Maccabi Tel Aviv will be enough to secure a place in the last 32 if AZ Alkmaar fail to beat group winners Zenit St Petersburg.

The Meath native admits it would be a dream come true for him and his team-mates.

"The European achievements have been great but we are hoping there is more to come," he said. “We aren’t finished yet.

“This year, nearly every game we have played has been one of the biggest games of our careers.

"When you think of the first games against FH, then the BATE games and the Legia Warsaw matches.

"The group stage as well they have all been big matches but when you think of what is at stake next week – to go through to the last 32 of the Europa League it’s a fantastic opportunity.

“If we can grasp that it would be the biggest achievement of all our careers – it’d be incredible.”