Gareth Southgate's appointment as England manager is expected to be rubber stamped on Wednesday.

It is anticipated that the 46-year-old's position will be ratified during a Football Association board meeting, although an official announcement is unlikely to be immediate.

Southgate has been in interim charge since replacing Sam Allardyce in September afterthe former manager left following just 67 days in charge after being caught up in a Daily Telegraph investigation into corruption in football.

As late as September, while Allardyce was still in charge, Southgate - then Under-21 boss - said he did not feel ready for the senior job when it was available in the summer following Roy Hodgson's exit after a dismal Euro 2016.

The FA will also discuss Southgate's backroom team with the future of Chelsea coach Steve Holland on the table and reports suggest the 46-year-old will be handed a full-time role with the senior national side.

Southgate spoke to a five-man panel at St George's Park last Monday after the end of his interim reign.

While it was billed as an interview it was more of a discussion about Southgate's vision of the England team going forward.

Glenn had previously confirmed Southgate was in a strong position and that the former Middlesbrough manager wanted the job.

During his brief tenure Southgate has already had to deal with controversy with captain Wayne Rooney pictured mingling with guests at The Grove, where England were based, during his free time following the 3-0 World Cup qualifying win over Scotland. 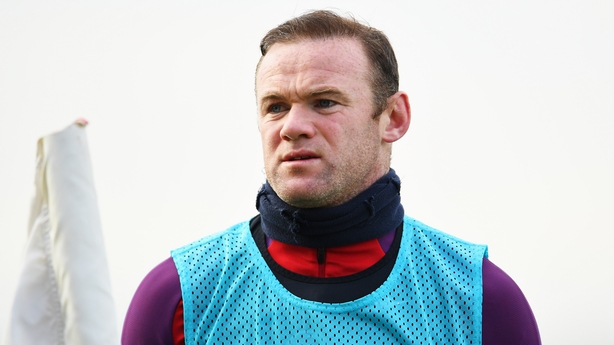 Newspaper reports suggested the skipper was drunk and made an unscheduled appearance at a wedding reception, with chief executive Glenn promising an investigation into the conduct of all players and staff during their free time.

It is believed that no disciplinary action will be taken against Rooney. The Manchester United striker denied he had been at a wedding, although he did apologise to Southgate and the FA.

Southgate was unbeaten in his four games - winning two and drawing two - including this month's win over Scotland which left England top of Group F as they bid to reach Russia 2018.

England also beat Malta and drew in Slovenia before a 2-2 friendly draw with Spain in Southgate's last game, as they lost a 2-0 lead late on at Wembley.

The FA must also look at the age group set ups with Under-20 manager Aidy Boothroyd having temporarily stepped up to replace Southgate with the Under-21s.

Boothroyd won his two games in charge to help them qualify for Euro 2017 in Poland with the draw made in Krakow on Thursday.