Chelsea's clash with Premier League title rivals Manchester City will not define their season and the games against lesser teams will be more significant, goalkeeper Thibaut Courtois said.

Chelsea stayed top with a 2-1 home win over Tottenham Hotspur, their seventh successive league victory going into the game against third-placed City on Saturday.

"We are taking it match by match. It's quite hard to keep a run going in this league but after the couple of matches we lost we have won seven in a row which is very good," Courtois told the club's website.

Chelsea, who finished 10th last season, have scored 19 goals and conceded one during their winning streak.

"Now we are going to Man City to try and get another result, and then after it the next away games are at Sunderland and Crystal Palace, and it is games like those that decide if you are going to be champions or not," Courtois added.

"You can win big matches even if you're not having a good season, because it is a big match or a derby, but it is the smaller matches against difficult adversaries that you will see if you are going to be champions or not."

Chelsea are one point ahead of Liverpool and Manchester City with Arsenal two points further back after 13 games. 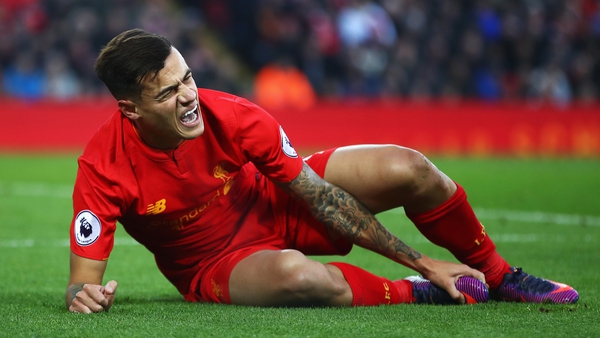