Gareth Southgate is awaiting the English Football Association's verdict after completing his formal interview to become England's next manager.

Southgate, who took charge of the national side for the past four matches on an interim basis, met with a five-man panel for three hours at St George's Park on Monday, and Press Association Sport understands no other candidates have been invited for interview at this stage.

Barring a major unforeseen stumbling block, Southgate's name will go forward to an FA board meeting on November 30, when his confirmation as Sam Allardyce's successor could be rubber-stamped.

The sudden availability of Jurgen Klinsmann, sacked on Monday evening as head coach of the United States, provides a minor element of intrigue as he was linked with England before Allardyce's ill-fated appointment, but the unflattering end to his time in America has hardly burnished his credentials.

The 46-year-old has already made a favourable impression on the decision-makers, taking seven points from nine in World Cup qualifying ties against Malta, Slovenia and Scotland before signing off last week with an entertaining 2-2 friendly draw against Spain.

His measured public persona and the strong stance he took in dropping captain Wayne Rooney for last month's clash in Ljubljana have also marked him out as someone capable of holding the top job.

On top of that, the former Middlesbrough manager is well versed in FA protocols, planning and procedures from his three and a half years in charge of the Under-21s.

As well as considering Southgate's own position, a key part of the discussion revolved around his proposed backroom team and other staffing issues. 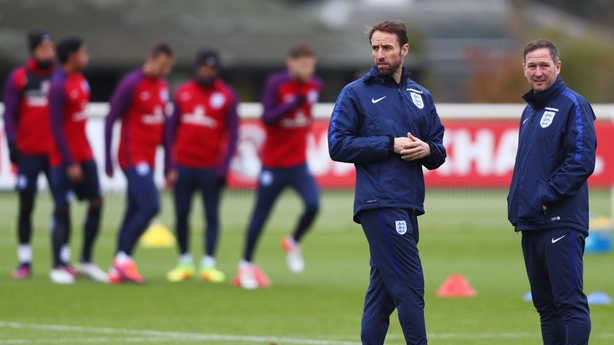 Chelsea coach Steve Holland has been working as Southgate's assistant on a part-time agreement, but a full-time move to the FA staff could be in the offing.

Blues boss Antonio Conte is keen to keep Holland but Southgate is not thought to favour a job-split in the long term.

Also waiting for news is Aidy Boothroyd, who has been looking after the England Under-21s in Southgate's absence.

Southgate has been in charge of the Young Lions since 2013 and is a keen supporter of a unified international pathway, adopting similar patterns of play throughout the age groups.

As such, he would want to work closely with his U21s successor and be granted a significant say in his identity.

A planned review into how players spend their free time on international get-togethers - promised by Glenn in the aftermath of Rooney's unexpected late-night appearance at a wedding in the team hotel - will not gather pace until the new manager is in place.