Lionel Messi returned to training on Monday after recovering from a stomach bug that caused him to miss Barcelona's goalless draw against Malaga on Saturday.

The Argentina captain sat out Saturday's La Liga game at the Nou Camp but trained with the squad ahead of Wednesday's Champions League Group C game against Celtic in Glasgow (7.45pm, live on RTÉ2).

Barcelona coach Luis Enrique also welcomes back Uruguay forward Luis Suarez, who missed the Malaga game through suspension, and is expected to take his place in attack alongside Messi and Neymar at Celtic Park.

Captain Andres Iniesta and defender Samuel Umtiti are still unavailable due to injury.

Barca, who are second in La Liga and four points adrift of leaders Real Madrid, can secure qualification to the round of 16 of the Champions League on Wednesday.

They are two points clear of Manchester City at the top of Group C.

A win at Celtic would guarantee their passage but they will also go through if Borussia Monchengladbach fail to beat Manchester City in the other group game. 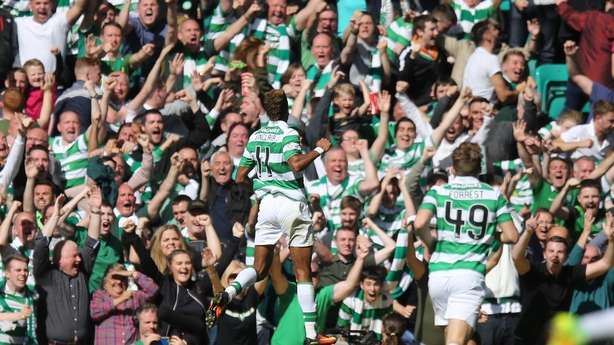 Meanwhile, Celtic winger Scott Sinclair has no fears ahead of the visit of Barcelona as he looks for major improvement on their Nou Camp showing.

Brendan Rodgers' team suffered their heaviest European defeat when they lost 7-0 to the Catalan side in September.

But Sinclair was heartened by Celtic's progress between their double header against Borussia Monchengladbach, when they drew 1-1 in Germany following a 2-0 home loss.

And he believes they can make significantly greater advances when they try to get off the bottom of their Champions League group.

"We have learned a lot and everyone will just be looking forward to that game, including the fans," the former Swansea, Manchester City and Aston Villa player said. "It's a massive game for us to prove ourselves.

"There's no apprehension. We've learned a lot from that game. Even when we went away to Monchengladbach we showed the difference when we conceded. We lost the game at home, but we went there and drew.

"I think we've learned a lot and hopefully now we're going in with a positive mindset.

"Manchester City beat Barcelona, so anything can happen and it's very different when you're playing at home. Being in front of our own crowd will spur us on because those fans are unbelievable.

"Barcelona have been beaten here before, so, hopefully, we'll do it again."