Eamon Dunphy believes that the Republic of Ireland’s superb 1-0 win over Austria in Vienna on Saturday suggests that manager Martin O’Neill is getting closer to identifying his strongest starting line-up.

O’Neill was shorn of a number of key players in the run-up to the World Cup qualifier, including Everton midfielder James McCarthy, while Glen Whelan was forced off after 22 minutes after picking up a knock.

“At last we have the best players in the team,” Dunphy told listeners of RTÉ 2fm’s Game On.

“Don’t forget that James McClean didn’t start at the Euros, which was only four months ago, and is only now starting. Wes Hoolahan wasn’t a starter, he is now. Harry Arter is new.” 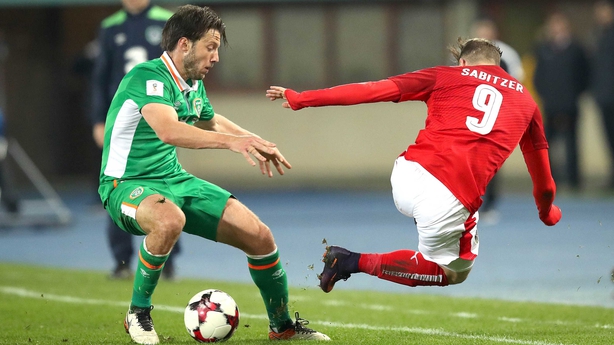 Dunphy insisted that Ireland’s chances had long been compromised by fielding suspect line-ups.

"We have been playing with nine men for the last eight years because Whelan and McCarthy don't turn up, ever,” he added.

The veteran pundit admitted to taking huge encouragement from the win and the manner in which it was achieved, saying: “We are in a good place and it was a good performance on Saturday.

“I thought we defended well and when we had the chance to play, and strike, we did – in a very clinical way.

“The three players involved in that move – Meyler, Hoolahan, and McClean – were not even in the team that played in the European Championships and were not starters, in the case of two of them, six weeks ago.

“The manager is learning, I hope, what you can accomplish with quality rather than biffing it up front.

“We didn’t have that option on Saturday and we were the better for it.” 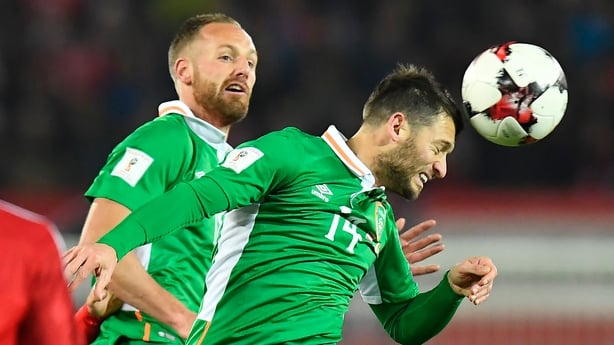 Reflecting on away wins over Austria and Moldova, and a hard-fought draw achieved against Serbia in Belgrade, Dunphy senses a team growing in self-belief.

“I think the three away games that we’ve played in this group will stand to the lads,” the Drumcondra man said.

“Saturday night will stay in their memory collectively. I think they’ve taken a step forward – a big step forward.”

One player that Dunphy hopes will return to the Ireland team is veteran defender John O’Shea.

While Ireland kept a clean sheet at Ernst Happel Stadium, the Millwall legend remains unconvinced by the centre-half pairing of Shane Duffy and Ciaran Clark.

“I think if John O’Shea is fit and playing for Sunderland he should be in the team at the expense of one or the other,” Dunphy declared.

“They’re both good lads – terrific lads – but they’re both a bit rash, and as a partnership, they’re unproven.”