Many Irish fans will be making the journey to Vienna this weekend for the Republic of Ireland's World Cup qualifier against Austria.

Martin O'Neill's side sit joint-top in Group D alongside Serbia on seven points. Austria, after a defeat to the Serbians a month ago are currently in fourth spot, and know that a loss against the Irish would probably end their chances of automatic qualification for Russia in 2018.

Marcel Koller's side will therefore not lack for motivation in their quest to keep their World Cup dreams alive. 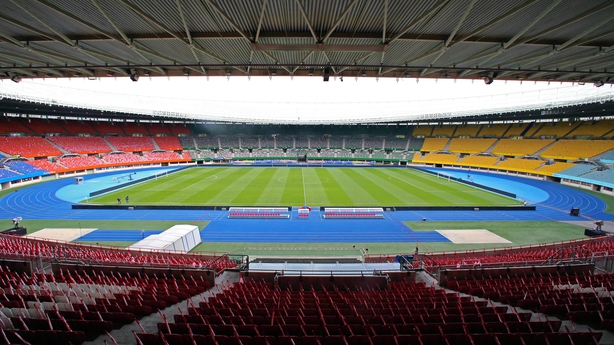 If past matches are a guide to what might happen in the Ernst Happel Stadium on Saturday evening, kick-off 5pm, then the Austrians will fancy a positive result on home soil.

The Republic of Ireland have only twice tasted victory against Austria in international combat since the countries first met in 1952. Those wins came at Dalymount Park in 1953 (4-0 in friendly) and in 1963 (3-2 in a European qualifier).

That first encounter between the sides saw the Irish slump to a 6-0 defeat in Vienna in what was then the Prater Stadion. It was the same scoreline in 1971, as a team then managed by Mick Meagan, were humbled in a European qualifier. This came four months after a 4-1 defeat at Dalymount Park. 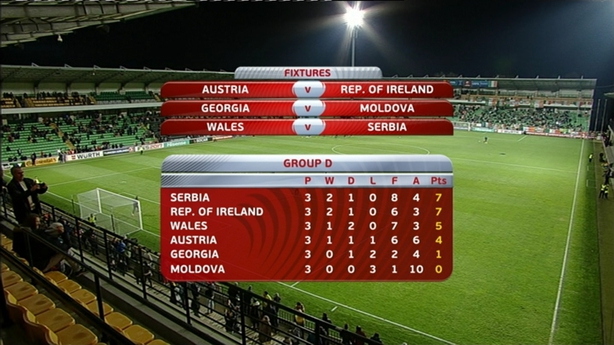 Fast forward then to the Euro '96 qualifiers.

Ireland, with Jack Charlton in charge, had impressed in their early group games and were well on course to make the finals in England.

A trip to Liechtenstein was regarded as a nice warm up for the visit of Austria to Dublin in June 1995.

What happened in the small principality, however, was to be start of the end-game of Charlton's reign as manager. His charges did everything but score against the minnows - they had 37 attempts on goal. The 0-0 scoreline was a humiliating outcome to say the least.

Yet, the side had to focus on facing Austria at Lansdowne Road eight days later.

In preparation for the game, the squad underwent 'Harry's Challenge' on the day before the game.

What was that I hear you say? 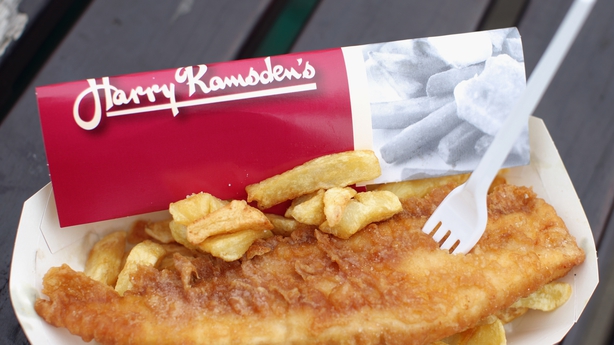 That involved heading to Harry Ramsden's on the Naas Road and tucking into a big fish dinner of batter and chips. Not an ideal intake ahead of a training session at Lansdowne.

Indeed the days before that culinary delight saw the side set up base in Limerick. Reflecting on that week from '95, captain Ronnie Whelan said: "The preparation was absolutely atrocious. We were taken to Limerick for a few days. Jack went off to either look at a game or go fishing or whatever and left us unsupervised for three or four days and we took advantage. There was a lot of alcohol involved. We weren’t ready.” 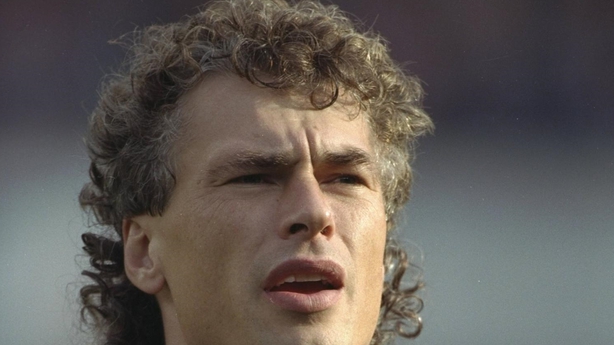 The Irish clearly weren't ready. They would go down 3-1 to the Austrians, with their talisman Toni Polster, famed for his permed hairstyle, scoring twice for the visitors.

The return fixture in Vienna the following September saw the same scoreline and again no joy for Charlton's men.

Automatic qualification was slipping away. Performances continued to dip, with Ireland just about making a play-off where they were well beaten by the Netherlands.

And so the new millennium and qualification for the 2014 World Cup saw Ireland and Austria collide again.

After a disastrous showing at the Euros in 2012, the start to the new campaign, aside from a trouncing by Germany, had Ireland well in the mix for qualification. After a more than satisfactory 0-0 draw away to Sweden, hopes were high that maximum points could be gained against Austria in March 2013. 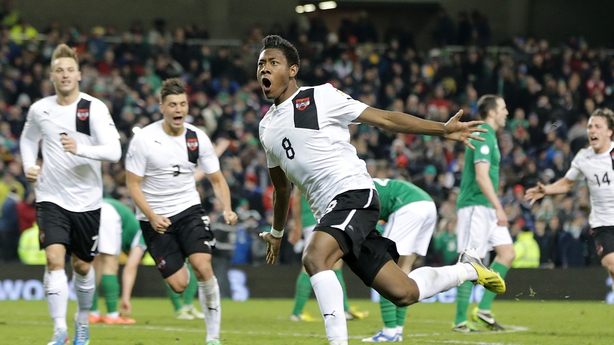 On a freezing cold night at the Aviva Stadium, an injury-time goal from David Alaba earned Austria a deserved 2-2 draw. Indeed, Alaba was head and shoulders above everybody else on the pitch.

The Bayern Munich player was again to the fore in the return tie, scoring the only goal of the game on 84 minutes. The defeat brought the curtain down on the Giovanni Trapattoni's reign as Ireland manager.

Within 24 hours, the Italian met with FAI CEO John Delaney and his departure was confirmed.

And while many were critical of the style of play under Trapattoni, he only lost one away qualifier, and that was in his final game in charge.

A case of goodnight Vienna then. The Irish will hope for a better outcome this time around.

Watch live coverage of Austria v Republic of Ireland on RTÉ2 and the RTÉ Player from 1600. Live also on RTÉ Radio 1 on Saturday Sport. 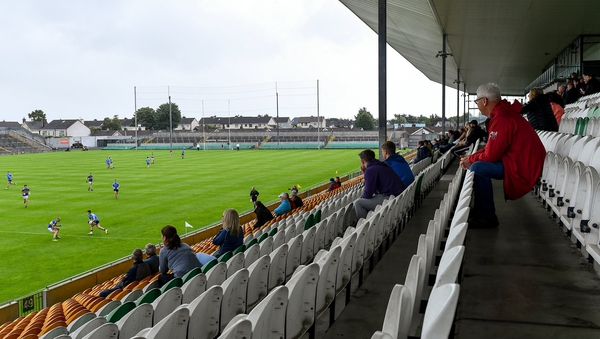