FIFA have opened disciplinary proceedings against the FAI for including a 1916 anniversary logo on the Republic of Ireland's jerseys in their friendly match against Switzerland last March.

The use of the poppy has evoked huge controversy in England and Scotland this week after FIFA refused to allow those national sides to wear the symbol during their World Cup qualifiers on Saturday week, which is also Armistice Day.

FIFA has stated that the poppy symbol would breach its rules regarding political, religious or commercial messages being carried on players' equipment.

A statement from FIFA in relation to the Easter Rising symbol read: "We can confirm that disciplinary proceedings have been opened on this matter. Please understand we cannot comment further at this stage nor speculate on any outcome."

Will you be there? #COYBIG #Eire2016 pic.twitter.com/mBRMRMJJCQ

British MP Damian Collins this week cited Ireland’s jerseys in the match with the Swiss as example of supposed double standards by the governing body. 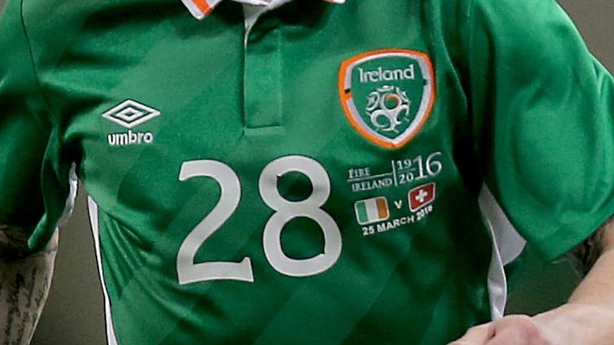 It is not clear what the sanction will be for the FAI if it is found to have breached FIFA's laws, or what sanction would be imposed on the FA or SFA if they press ahead with their plans for the poppy armband.

A compromise was reached with FIFA to allow England players to wear a poppy armband during the friendly against Spain in November 2011, but the leadership of the world governing body, which has changed significantly in the intervening five years, has taken a tougher stance this time.

The FA and SFA insist the poppy is a symbol of remembrance and respect and should not be regarded as political.

The Royal British Legion has called on FIFA to reconsider its position.

RBL director general Charles Byrne said: "The red poppy is a symbol of remembrance and hope for a peaceful future. It has no political, religious or commercial meaning.

"Since 1921 the Legion has protected the red poppy from political or partisan misuse and ensured it remains a symbol that can be worn with pride by those of all ages, backgrounds, and political and religious beliefs.

"We ask you, FIFA, in the strongest terms, that you rethink your approach to remembrance and the use of the poppy, and permit players to honour the commitment and sacrifices of the Armed Forces."

FIFA stated its position in a statement released on Thursday, which read: "FIFA fully respects the significance of commemorating Remembrance Day on November 11 each year.

"The Laws of the Game are overseen by the International Football Association Board (composed of the four British FAs and FIFA) and (are) applicable to all 211 member associations. The relevant Law 4, para. 4, clearly states that the players equipment should not carry any political, religious or commercial messages.

"The Laws are applied uniformly in the event of similar requests by any member association to commemorate similar historic events." 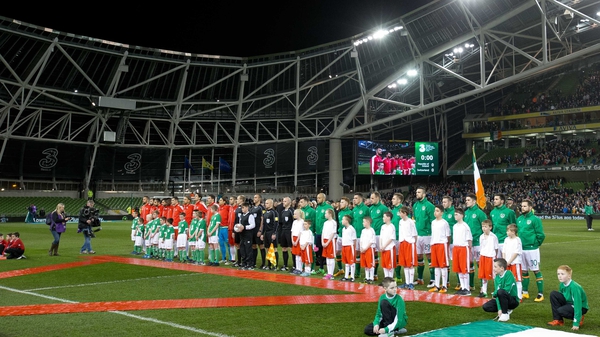