Spanish media reported that the five-time world player of the year was fuming after City's 3-1 Champions League win at the Etihad Stadium.

It was claimed that Messi was angered by comments from an unnamed City player as they headed to the dressing room.

Messi's international team-mate Sergio Aguero said: "(It was) nothing serious. I heard something but I don't know what happened. I thought Messi said something to me but he didn't, and then we talked about other stuff."

City midfielder Fernandinho later responded to the reports with a statement issued via Twitter.

"I am totally unaware where from rumours could have emerged related to an alleged argument and provocation on my behalf towards Messi," the Brazil international wrote.

"I can only reiterate that news spread by the media are not only false/untrue but absurd, as I did not have contact with any of the players or Barcelona's technical team after the match.

"Instigation and provocation does not reflect my character as I strongly uphold and value respect in and out of the pitch, irrespective of which player or opponent team."

Messi opened the scoring for Barcelona, but City hit back with an Ilkay Gundogan double either side of Kevin De Bruyne's free-kick for a first win over Pep Guardiola's former club in six attempts.

Aguero and Messi are close friends but, when asked what they spoke about after the game, it was clear this was not an occasion for chit-chat.

City striker Aguero said: "We haven't talked. Whenever you lose you're not very happy. I know him well enough to know when he's bad, when he's good. Leo wasn't in the mood to talk and I respect that." 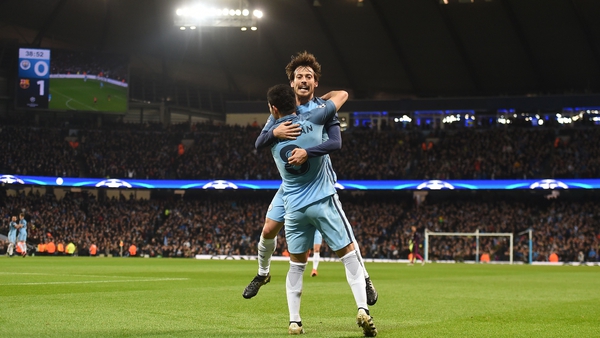