Mateo Kovacic's late strike avoided embarrassment for Real Madrid as the European champions surrendered a two-goal lead before drawing 3-3 with Legia Warsaw - conquerors of Dundalk in the play-off stage - in an enthralling Champions League game played amid an empty stadium.

Croatian midfielder Kovacic capped a fine individual display by rifling in the equaliser in the 85th minute after Legia had come from behind in the Group F encounter to take the lead in the 83rd through Thibault Moulin's powerful finish.

UEFA had ordered the game to be played behind closed doors after crowd trouble overshadowed Legia's opener against Dortmund, meaning only several hundred visiting Real supporters witnessed the thriller that featured an historic start.

Gareth Bale gave Real the lead in the Polish Army Stadium in just 57 seconds with a thunderous strike from outside the area to record the fastest-ever goal scored by Real in a Champions League match.

Karim Benzema doubled their advantage in the 35th, taking advantage of a Bale cutback to sidefoot home.

Yet Legia hit back with a brilliant piece of skill and finish from Vadis Odjidja five minutes before half-time, while Miroslav Radovic completed a shock comeback by the hosts with an arrowed toe poke into the bottom corner in the 58th. 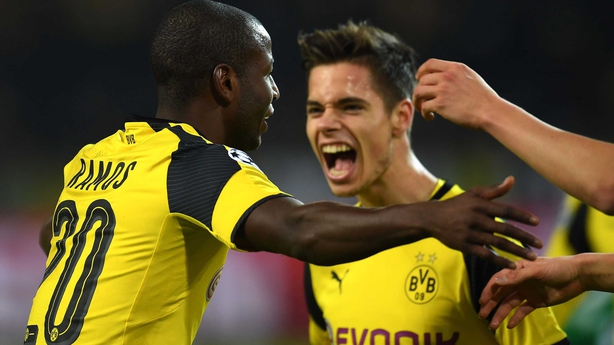 Real are second in Group F on eight points, two behind leaders Borussia Dortmund, who qualified by beating Sporting Lisbon 1-0.

The 30-year-old Colombian was slipped into the starting lineup an hour before the start after top striker Pierre-Emerick Aubameyang was surprisingly dropped, and he headed in the winner in the 12th minute.

Dortmund, without a win in their last four league matches, are on 10 points and are certain of a top-two finish and a spot in the knockout stage.

Sporting's second defeat to the Germans means the Portuguese team, on three points, must win their remaining games with second-placed Real Madrid now on eight points. 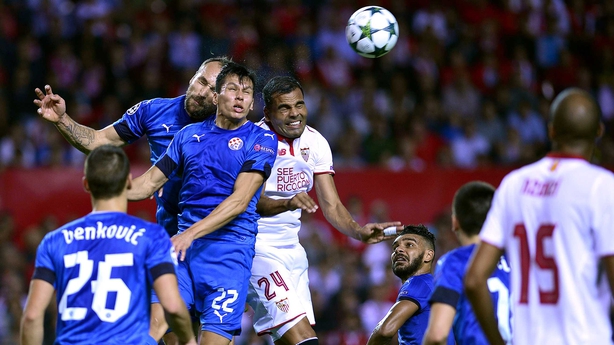 Sevilla edged closer to progression after a solid performance gave the Spanish side a 4-0 home win over 10-man Croatian title holders Dinamo Zagreb in Group H.

The result left Sevilla top of the group on 10 points from four games, two ahead of Juventus who were held to a surprise 1-1 home draw by Olympique Lyonnais.

Lyon have four points while Dinamo, the only side yet to score a goal in the group stage of Europe's premier club competition this season, have none.

Luciano Vietto fired Sevilla ahead in the 31st minute before Sergio Escudero, Steven N'Zonzi and Wissam Ben Yedder sealed the rout after Dinamo right back Petar Stojanovic was sent off on the stroke of half-time for a second bookable foul.

Corentin Tolisso headed a late equaliser to give Lyon 1-1 draw at Juve.

Juventus took an early lead when Gonzalo Higuain stroked home a penalty in the 13th minute after Stefano Sturaro was clumsily pushed over by Mouctar Diakhaby.

However, Higuain missed a sitter shortly before the break and it turned out to be very costly as Tolisso got behind the Juve defence to head in from Rachid Ghezzal's superbly delivered free kick with five minutes left, the first goal the Serie A champions have conceded in the group. 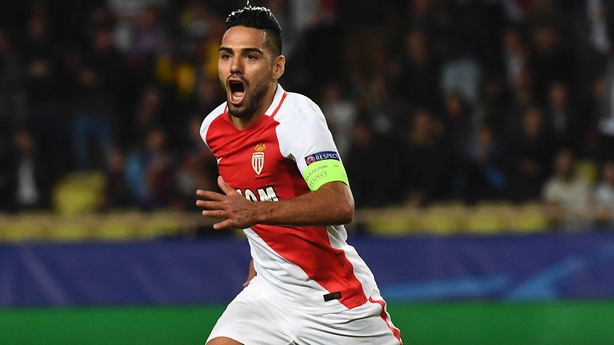 Radamel Falcao netted a double to give Monaco a 3-0 home win against CSKA Moscow.

The Colombia striker struck his 41st and 42nd goals from 46 matches in UEFA club competitions in the first half after Valere Germain's opener to put the Ligue 1 team on eight points from four games.

Bayer Leverkusen are second in Group E after claiming a 1-0 win at Tottenham Hotspur, who are third on four points with CSKA in bottom place with two points.

Porto moved up to second in Group G with a 1-0 home victory over Club Brugge.

The Portuguese side snatched a crucial late win in the reverse fixture a fortnight ago and they made it a double over Brugge thanks to Tomas Pina's 37th-minute own goal.

The goalless draw at FC Copenhagen in Wednesday's other group game allowed Porto to leapfrog the Danish outfit and move to within three points of leaders Leicester.