Ahead from Danny Furlong’s 66th-minute goal, Youths will have felt they needed a further cushion to take to United Park for Friday’s second leg.

And Wexford hurling star Chin delivered in some style in the first minute of stoppage time at the death.

Aidan Kennan’s cross from the left was weakly headed away by a defender and Chin struck to blast a right-foot volley to the back of the net.

Adam Wixted found space on the right to put over a low cross. A scuffed attempted clearance ran straight to Gareth McCaffrey whose shot was bravely blocked by Chris Kenny.

An attack down the opposite flank two minutes later had Youths in trouble again. Jake Hyland’s cross picked out Marc Griffin who turned to drill his shot wide. 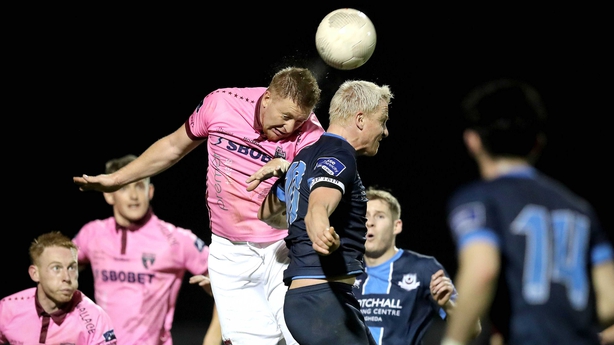 Drogheda maintained the early pressure with Richie Purdy drilling a low shot from distance off the butt of Graham Doyle’s left-hand post as Youths struggled to get into the game.

The woodwork then came to the home side’s rescue again on 13 minutes as Luke Gallagher rattled the bar with a thumping header from Griffin’s corner.

Keenan then met Craig McCabe’s long throw to loop a header that Drogheda keeper Stephen McGuinness stretched to gather in an action-packed, if goalless, opening 20 minutes.

Drogheda had further defending to do on 36 minutes with left-back Stephen Dunne getting his body in the way of Furlong’s shot after Keenan put the Youths’ striker away with a ball over the top.

It remained an open game with Youths' keeper Doyle forced into a save on 44 minutes.

McCaffrey showed delightful feet to skip inside and thread the ball through for the run of Griffin with Doyle out smartly to save at the striker’s feet.

Keenan then wasted a glorious chance back at the other end in the final minute of the half, volleying well wide from Paul Murphy’s sublime cross. 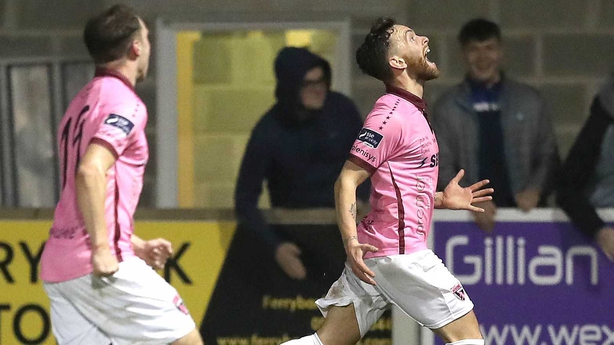 Unlike the first half, Youths were at it from the restart as Furlong volleyed wide from Keenan’s flick before Jonny Bonner had a curling effort saved by McGuinness.

Drogheda remained dangerous on the counter, though; Purdy’s shooting prowess to the fore again on 65 minutes as his crisp volley brought a two-handed save at full stretch from Doyle.

A minute later, Youths had the lead.

Murphy put the ball through for the run of strike-partner Furlong who burst the net with a stunning right-footed volley from just inside the area.

McGuinness first parried a shot from substitute Aidan Friel before Dunne cleared off the line from Furlong’s overhead kick.