Cristiano Ronaldo answered his critics with a hat-trick as Real Madrid came from behind to win 4-1 at Alaves and go two points clear at the top of La Liga.

Champions Barcelona moved up to second with a lacklustre 1-0 win over bottom side Granada, while 10-man Atletico Madrid are third after a 4-2 win at home to Malaga, capitalising on Sevilla's 1-1 draw at Sporting Gijon.

Alaves forward Deyverson pounced on an error by Real goalkeeper Keylor Navas to give the home side a shock lead in the seventh minute but the Brazilian conceded a controversial penalty in the 17th for handball, which Ronaldo calmly converted.

The Portuguese put the European champions in charge in the 33rd with a powerful strike that deflected off Zouhair Feddal beyond the reach of former Real goalkeeper Fernando Pacheco.

Pacheco did manage to turn away another penalty by Ronaldo in the second half but Real's all-time top scorer netted his first treble of the season in the 88th minute after substitute Alvaro Morata had stretched Real's lead four minutes earlier with a delightful chip.

Real coach Zinedine Zidane praised his side for their reaction to going behind, although their third straight victory was tainted by the sight of defender Pepe going off injured in the first half.

"If you do not suffer, you cannot win La Liga. We kept our heads cool even in difficult moments, which always occur in this league," said Zidane.

Real are top of the standings on 24 points, two ahead of Barca and three clear of city rivals Atletico, and Sevilla, who drop to fourth. 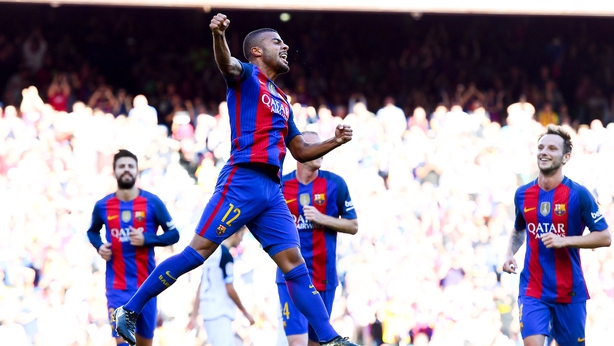 In Barcelona, an acrobatic strike from midfielder Rafinha early in the second half gave Luis Enrique's side the points in a soporific game.

Barca sorely missed their absent midfield magician Andres Iniesta, who has so often proved the key to unlocking sides who set up as Granada did. Visiting coach Lucas Alcaraz selected a 5-4-1 formation and his side rarely came out of their own half.

Rafinha had the chance to shoot but instead squared to Neymar, who could only fire against the near post, but the Brazil midfielder reacted quickly to swivel and volley home on the rebound. 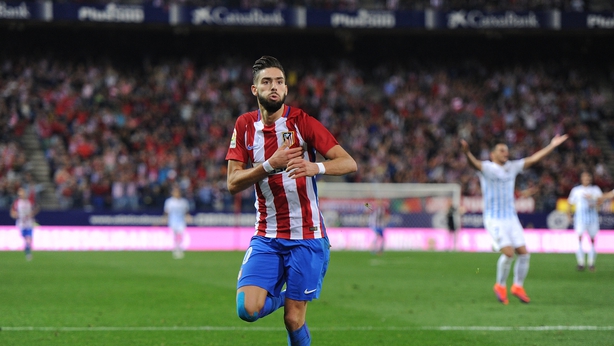 Atletico bounced back from their first defeat of the season last week at Sevilla, as doubles from Yannick Carrasco and Kevin Gameiro seeing off Malaga.

The home side went ahead in the sixth minute, when in-form winger Carrasco zipped past two defenders in the area and drove the ball into the far bottom corner.

Gameiro pounced on some indecisive defensive headers to hit the second goal in the 24th minute and restored the two-goal advantage before the break after former Barcelona striker Sandro Ramirez had replied for Malaga.

Atletico had defender Stefan Savic dismissed for two bookings in the second half, and four minutes later Malaga captain Ignacio Camacho's header reduced the deficit to one goal.

But Carrasco eased Atletico's nerves by scoring again in the 86th, hurtling forward and slamming the ball in off the far post.

Luciano Vietto got Sevilla off to a dream start at Sporting by squeezing the ball under Ivan Cuellar in the fourth minute, only for Moi Gomez to level with a volley in the 20th, denying them a club-record-breaking start to the season.