Marco Silvestri was the hero as Leeds beat Norwich 3-2 on penalties to reach the last eight of the EFL Cup after a thrilling fourth-round tie at Elland Road.

Leeds striker Marcus Antonsson had cancelled out Pritchard's opener before the break and after Nelson Oliveira had put Norwich back in front in extra time, Chris Wood struck in the 109th minute as the game ended 2-2 after two hours.

The hosts, who had used all three substitutes, played the whole of extra time with 10 men after defender Lewie Coyle limped off injured in the 90th minute.

But they forced the shoot-out and, despite Kalvin Phillips seeing his effort saved by John Ruddy and Matt Grimes firing over, Vieira held his nerve to clinch Garry Monk's side a place in the quarter-finals.

There was a minute's applause prior to kick-off for former Leeds goalkeeper Gary Sprake, who died last week aged 71. The Welshman made over 500 appearances for the club under Don Revie in the 1960s and 70s and his tribute was warmly observed.

Sprake would have approved when Silvestri prevented Norwich from taking the lead in the opening seconds as the Italian guessed right and smothered Naismith's shot.

Leeds were not so lucky the next time Norwich swept forward down the left as the unmarked Pritchard stooped low to head home in the 14th minute from Brady's cross.

Norwich were full of running, slick and accurate in possession and Leeds were in danger of falling further behind.

Brady's curling effort was tipped over by Silvestri and from the corner Oliveira's goalbound first-time shot was blocked by Gaetano Berardi, making only his second appearance of the season.

Leeds defender Kyle Bartley clearly handled Alex Mowatt's corner into the net, but there was nothing wrong when they equalised in the 43rd minute.

It was end-to-end. Pritchard curled a free-kick just wide and Antonsson's thumping drive was pushed over the crossbar by Norwich goalkeeper Ruddy before the interval.

Ruddy pulled off an even better save soon after the restart to keep out Doukara's thumping header from Mowatt's corner and Silvestri was alert to palm away Oliveira's shot after the Portuguese had skirted round Bartley.

Two sides so intent on winning made for a gripping cup-tie. Mowatt's effort from Doukara's deep cross bounced inches wide and substitute Wood's low shot was gathered by Ruddy.

Leeds were dealt a huge blow at the end of normal time. Having used all three substitutes, the home side began extra time with 10 men after Coyle limped off.

Norwich seized back the initiative and after Pritchard's curler flew narrowly wide, the visitors regained the lead in the 99th minute.

Pritchard was again pivotal, whipping in a brilliant cross from Brady's short corner for Oliveira to head home unmarked at the far post, but Leeds were back on level terms again 10 minutes later.

Ruddy could only parry Hadi Sako's low angled shot and Wood swept home his ninth goal of the season to take the tie to penalties. 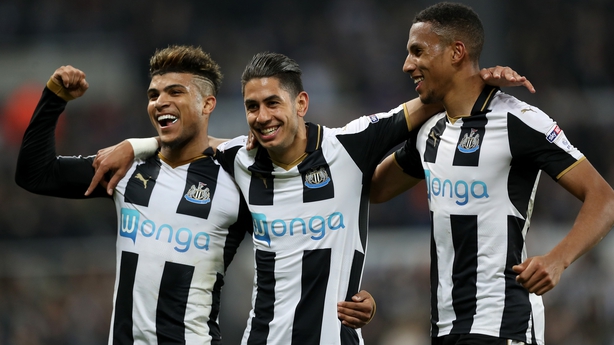 Alexander Mitrovic answered his critics in style as Newcastle marched into the EFL Cup quarter-finals by tearing 10-man Preston to shreds.

The Serbia international opened the scoring with a first-half header and after Mohamed Diame's first goal for the club, and a Matt Ritchie penalty had put the result beyond doubt, he added a second with a fine individual effort before Diame matched his feat and substitute Ayoze Perez helped himself at the death.

Rafael Benitez's side, who had only once before gone past the fourth round of a domestic cup competition during owner Mike Ashley's tenure, dominated from the off, but were helped in no small part by North End midfielder Alan Browne's 25th-minute dismissal for an ugly challenge on Jack Colback as they extended their unbeaten run in all competitions to eight games.

The teams, which featured a total of 16 changes in front of a crowd of 49,042 at St James' Park, meet again at Deepdale in the Sky Bet Championship on Saturday, when Preston boss Simon Grayson will expect much, much more.

It took Newcastle, who also hit the woodwork three times, just 19 minutes to get their noses in front when Mitrovic ran on to Ritchie's inviting free-kick to power a header past the helpless Anders Lindegaard, and Preston's task started to assume near-impossible proportions when they were reduced to 10 men.

Quite what Browne was trying to do when he felled Colback with a forearm smash as the pair challenged for a high ball, only he will know, but referee Andrew Madley had no choice but to produce a red card.

Diame took the game further away from the visitors seven minutes before the break when, after Mitrovic's attempted pass to Christian Atsu was deflected into his path, he drilled a long-range shot past the helpless Lindegaard.

The Magpies killed the game off within eight minutes of the restart when Ritchie picked himself up after being dumped inside the penalty area by defender Bailey Wright and converted from the spot despite Mitrovic's pleas for the ball.

However, the Serb had to wait just two minutes more for a chance to double his tally when he controlled a cross expertly on his chest before nimbly side-stepping two defenders and Lindegaard to blast into the empty net, ripping his shirt off in celebration.

Diame smashed home a fifth at the end of a scintillating 87th-minute move and Perez a sixth in stoppage time to make it a night to forget for the visitors. 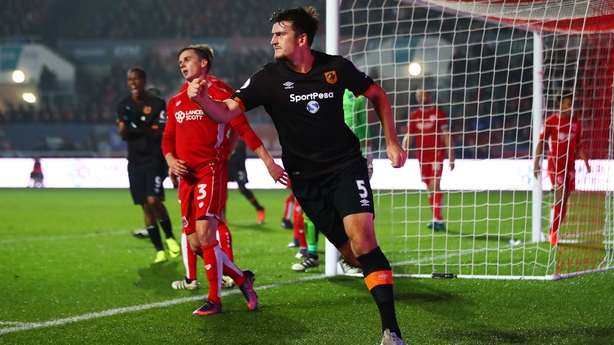 Hull shrugged off their poor Premier League form to reach the last eight of the EFL Cup with a 2-1 victory at Bristol City.

The Tigers had lost all four league games since winning at Stoke in the previous round of the competition.

But goals either side of half-time from centre-backs Harry Maguire - his first for Hull - and Michael Dawson took the Tigers into the quarter-finals for the second successive year, despite Lee Tomlin's stoppage-time consolation.

Bristol City had not reached this stage of the competition since the 1988-89 season and there was optimism in the west country that the Robins could cause an upset.

But the Sky Bet Championship club left on-loan sensation Tammy Abraham on the bench as one of nine changes from the side which had beaten Blackburn last weekend.

Abraham had been described earlier in the day as the "future of Chelsea" by Blues boss Antonio Conte, but the England Under-21 striker was given a rest after 11 goals in 17 Robins' outings this season.

And it was Hull who posed the early questions with Jake Livermore probing from midfield and the lively Abel Hernandez testing the home defenders with his movement.

Bristol City weathered those moments and slowly settled to allow Callum O'Dowda a sight of goal which Dawson bravely blocked.

Bobby Reid then brought the home fans to their feet with a powerful drive from the edge of the penalty area which just cleared the crossbar.

But the Robins switched off in the final minute of the first half as Maguire stole in at the back post to convert Ryan Mason's corner, opening his Hull account more than two years after his move from Sheffield United.

It was all too easy, but the Robins failed to learn their lesson as two minutes after the break Mason sent over another corner for the unmarked Dawson to head home.

Adama Diomande almost killed the contest off completely before the belated introduction of Abraham on the hour mark put a spring in Bristol City's step.

O'Dowda brought a fine save from Eldin Jakupovic and Abraham rolled wide of the post after neat approach play from Lee Tomlin and Reid.

Hernandez had an effort cleared off the line before Jakupovic denied Tomlin from point-blank range in the closing stages.

Tomlin set up a dramatic finale when he fired home and Jakupovic had to produce a tremendous save from Abraham at the death to send Hull into the last eight. 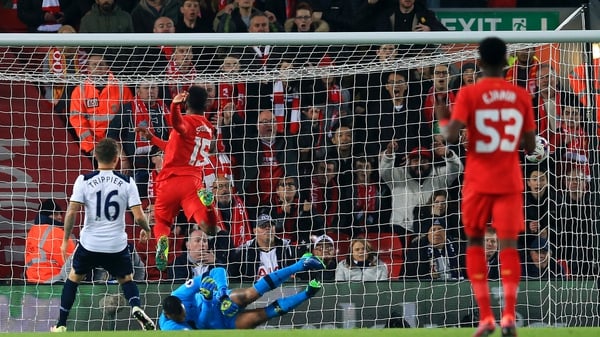