Pat Fenlon is optimistic that Dundalk can get a positive result against Zenit Saint Petersburg in this evening’s Europa League clash at Tallaght Stadium.

Stephen Kenny’s side are unbeaten after two games in the competition, following a draw away to AZ Alkmaar and a home win over Maccabi Tel Aviv a fortnight ago.

Zenit, who lead the way in Group D, will provide an acid test for the reigning Premier Division champions, but Fenlon is confident of a positive outcome for Dundalk.

Speaking on RTÉ Radio 1’s Morning Ireland, the former Shamrock Rovers and Bohemians boss said: “Dundalk’s performances in Europe so far have been brilliant and a victory would be an outstanding result.

"The manager has used his squad as well as he possibly can and the adrenaline from having to play some many games could get them through.

"People talk about fatigue, but the squad has played well and has really stepped up to the mark. Dundalk have used the energy from the crowd in their games." 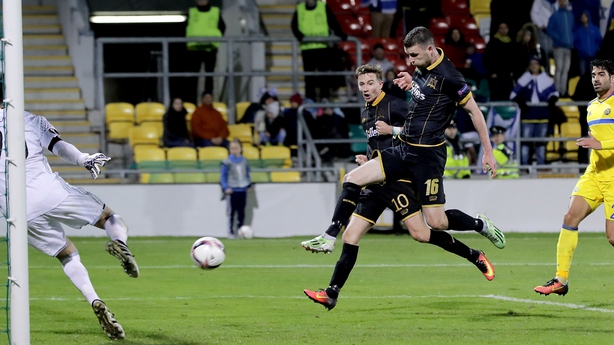 Fenlon does acknowledge that the Russians are “a step up” for Dundalk, and any positive outcome tonight would a huge achievement for the Co Louth club.

“I don't think there's any doubt that Zenit are the strongest team that Dundalk have faced in what is the biggest game of the season for them,” he added.

“Zenit put Alkmaar to the sword in the last round. They have a massive budget and have a lot of decent players. It's a real step up in class for Dundalk.”