Robbie Brady returned to action for Norwich City in the Championship last night as the Canaries were knocked off the top of the table following a 2-2 draw with Fulham.

The Dubliner missed their weekend victory over Rotherham after a gruesome clash of heads with Soloman Kvirkvelia during the Republic of Ireland’s win 1-0 win over Georgia at the Aviva Stadium earlier this month. 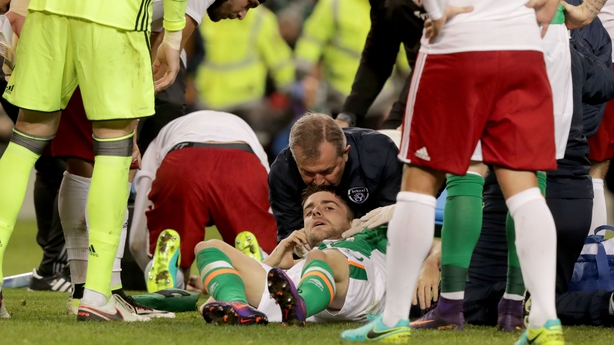 Brady, along with international team-mate Wes Hoolahan, started at Craven Cottage in a game that saw the visitors cough up a 2-0 half-time lead after Graham Dorrans was successful twice from the spot.

Fulham’s fightback, coupled with Newcastle United’s 2-0 win over Barnsley, saw the Magpies leapfrog Norwich at the top of the table.

Daryl Murphy was absent for Newcastle with a groin injury, while Conor Hourihane picked up a booking for the Tykes in the home loss.

Elsewhere Shane Duffy started for Brighton in their 1-0 win over Wolves which sees the Seagulls move into the top three, while Eunan O’Kane was on the Leeds United team that conceded a last-minute equaliser at home to Wigan.

Former Republic of Ireland international Leon Best awaits his first goal for Ipswich after failing to score in the 2-0 win over Burton Albion, while Callum O’Dowda played 58 minutes for Bristol City in their 1-0 away defeat to QPR.

Two-time Ireland international Stephen Gleeson was in the Birmingham team that defeated Rotherham 4-2 at St Andrew's. 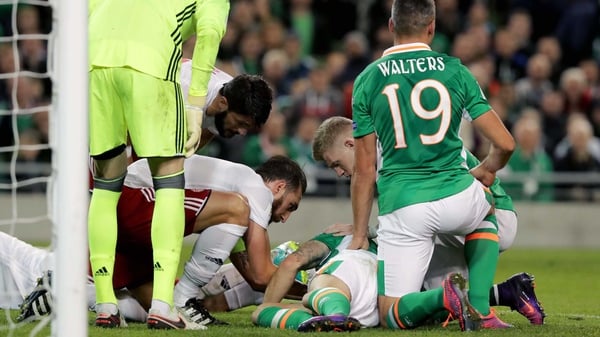