Real Madrid swept aside Legia Warsaw in a 5-1 Champions League Group F win at the Bernabeu.

Zinedine Zidane's men ended a run of four successive draws by putting six past Real Betis on Saturday, and continued the momentum to sweep aside the Poles.

Although Miroslav Radovic briefly reduced the arrears from the penalty spot after 22 minutes, there was no way back once Marco Asensio added a third on 37 minutes before substitutes Lucas Vazquez (68) and Alvaro Morata (84) completed the route.

Madrid remain in second place in Group F, level on seven points with Borussia Dortmund, who won 2-1 away at Sporting Lisbon.

Sporting substitute Bruno Cesar set up a tense finale when he lashed home an indirect free-kick following a backpass in the penalty area, but Dortmund held out.

English champions Leicester moved a step closer the knockout stages with a 1-0 win over FC Copenhagen to maintain a 100% start in Group G. 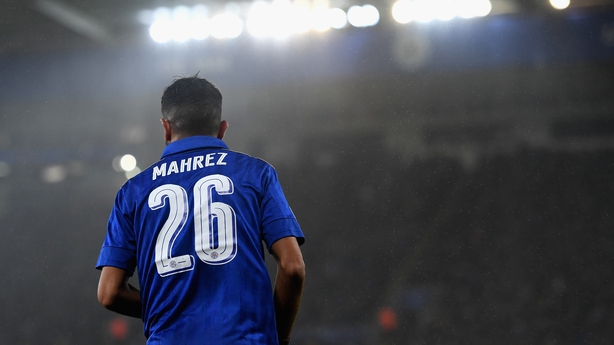 Winger Riyad Mahrez netted what proved to be the winning goal from close-range on 40 minutes.
The Foxes are now five points clear of Porto and the Danes, while nine ahead of winless Club Brugge with three matches remaining.

Porto secured a dramatic 2-1 victory away in Belgium with a stoppage-time penalty from Andre Silva.

Earlier, Jelle Vossen had put Brugge ahead on 12 minutes, but the visitors deservedly levelled in the 68th minute when Miguel Layun brilliantly lashed into the top-right corner from 25 yards.

There was also late drama in Russia, where Monaco netted a late equaliser from Bernardo Silva to earn a 1-1 draw against CSKA Moscow, which keeps them a point clear at the top of Group E.

On-loan forward Lacina Traore gave CSKA the lead against his parent club on 34 minutes, before goalkeeper Igor Akinfeev pulled off a string of fine saves.

CSKA, though, could not hold out as Silva lashed in an equaliser with just three minutes left.
Tuesday night's other tie in the group saw Tottenham battle to a goalless draw at Bayer Leverkusen.

Mauricio Pochettino's men had been much the better side in the opening period, with Vincent Janssen heading against the crossbar early on.

However, it needed a stunning save from Hugo Lloris to deny Javier Hernandez to secure Spurs a share of the spoils, which keeps them second in the group, with two home games to come.

Juventus top Group H after a stunning goal from Juan Cuadrado on 76 minutes helped the Italians overcome the dismissal of Mario Lemina to secure a 1-0 win in Lyon, where captain Gianluigi Buffon made a string of fine saves.

Sevilla are also on seven points following a 1-0 win at Dinamo Zagreb following a goal from on loan Manchester City midfielder Samir Nasri after 37 minutes.