Julian Draxler's 13th-minute strike put them ahead and Sami Khedira added another goal as they quickly killed off the game for their third win in three qualifiers.

Northern Ireland, who had battled hard in a 1-0 Euro 2016 group stage defeat by Germany, were no match for the hosts, who had more than 75% possession and were never threatened.

Germany, who have not conceded a goal yet and played three times as many passes as the Irish, are top with nine points, two points clear of Azerbaijan, who drew 0-0 away to the Czech Republic. 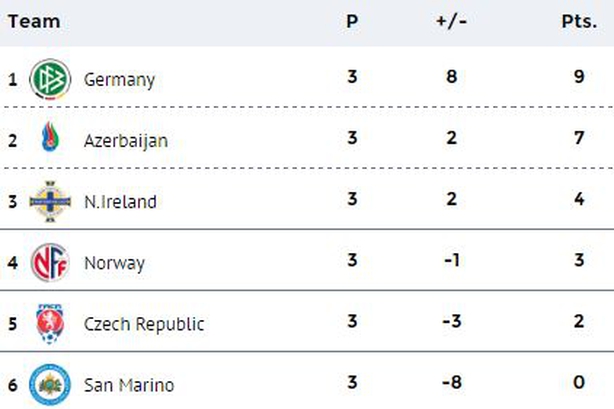