Dundalk goalkeeper Gary Rogers says his side can compete with the continent's elite and are targeting qualification for the knockout stages of the Europa League after beating Maccabi Tel Aviv last night.

The Lilywhites defeated the Israelis 1-0 at Tallaght Stadium thanks to a goal from substitute Ciarán Kilduff, becoming the first Irish team to win a European group game in the process.

The League of Ireland champions now sit second in Group D on four points, just two behind leaders Zenit St Petersburg, who they will face in back-to-back fixtures on October 20 and November 3.

"We've put ourselves in a really good position now," Rogers told RTÉ Sport. "Seven to eight points would get you out of the group usually.

"Although it'll be a tough game, we'll try and go about our business in the same manner as we did tonight." 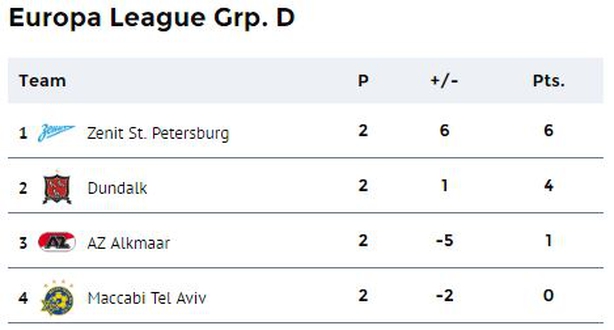 Dundalk have made a hugely impressive start to their Europa campaign, drawing with AZ Alkmaar and now beating Maccabi.

Both teams feature multiple full internationals and have significantly bigger budgets than Dundalk, but Rogers - who was part of Martin O'Neill's Ireland squad against Serbia - insists they always believed they could get three points against Thursday's visitors.

"They're only men at the end of the day. There's 11 of us on the pitch," he said. "We don't have an inferiority complex.

"I know the wages are different but we all play football, we all love it.

"Our lads really enjoy these occasions. They go out and give a really good account of themselves and show everybody that we can match them.

"It's a home game and we went into it confident that we could achieve that. After beating BATE here, we knew we were capable. 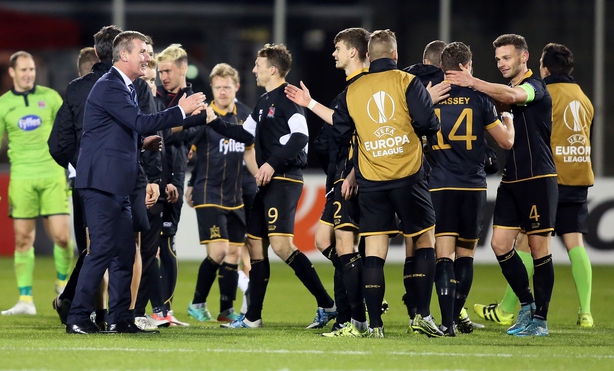 "We went out and played to our usual gameplan and created plenty of chances. We could have gone in at half-time one or two-nil up and it wouldn't have been a shock.

"We saw it out and weren't under that much pressure at the end. A fantastic night and hopefully there are more of them to come."

Rogers suggests that their status as underdogs in European fixtures can make life easier than in SSE Airtricity League games that they are expected to win.

"This team are really comfortable on the ball and the European football probably suits us best.

"Teams come here to play and try and win the game so that kind of plays into our hands."