English clubs' wariness over the potential of Celtic makes a move south unlikely, according to boss Brendan Rodgers.

The English Football League recently ruled out the prospect of clubs outside its borders joining an extended structure as they seek eight new members to form four divisions of 20.

Following the dramatic 3-3 Champions League draw with Premier League leaders Manchester City at Parkhead on Wednesday night, the Northern Irishman claimed the Glasgow club were "a major threat to nearly every English club playing in England".

Rodgers, who managed Watford, Reading, Swansea and Liverpool before his move to Glasgow in the summer, said: "Make no bones about it. If Celtic are in England, Celtic are one of the top four/six clubs there.

"So can you imagine then the resources playing at that level, what that would produce for Celtic. It could go as far as it wants then.

"For Celtic to be in the English pyramid system is very tough because of the size of the club.

"We have the history, huge club, fan base, team, stadium, it would be a frightening prospect and an exciting prospect if it ever happened but for others looking through it would be very difficult to accept.

"If you are another club playing in that [Premier] league or the Championship or League One, would you like that type of threat coming in to possibly stop you coming into the league?

"I don't think you would want it and that is the reality. So I think it is always going to be difficult to get that across." 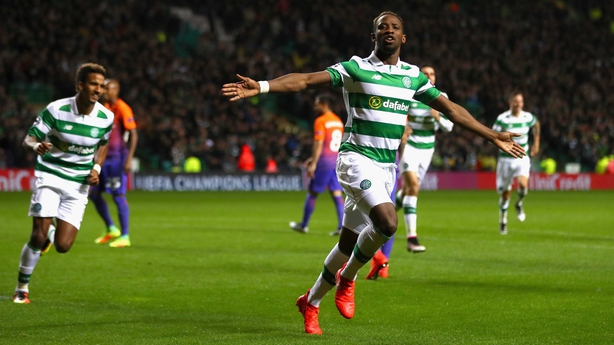 Rodgers also believes "a truly great Celtic night" against City demonstrated the folly of UEFA restructuring the Champions League to the benefit of the top leagues in Europe.

New changes to the competition will see the top four clubs from the four highest-ranked associations - currently Spain, Germany, England and Italy - automatically enter the group stage from 2018. The champions route, which Celtic used this season, will be reduced from five to four teams.

After losing 7-0 to Barcelona in their Group C opener, Rodgers' side more than deserved their point against a City side who had won the first 10 games in all competitions under new boss Pep Guardiola.

Ahead of the trip to Dundee in the Ladbrokes Premiership on Saturday, Rodgers said: "Probably after the Barcelona game there were critics, which is natural when you lose so heavily.

"But when you put into perspective there has to be an opportunity for clubs like Celtic, one of the great clubs in world football, to play in this competition. The competition is better for a club like Celtic in it.

"This is one of the great clubs of world football but we don't have the resources or anywhere near the resources.

"I know League One clubs in England that probably have greater resources than Celtic but that shouldn't stop us having an opportunity up here."