There were conflicting reports on social media and manager Slaven Bilic likely has questions for the pair.

The Hammers have lost five of their six Premier League games this season, including four in a row, and play Middlesbrough on Saturday in their new London Stadium home.

A West Ham United spokesman said: "The club will be looking into these allegations and will deal with the players as we see fit."

Carroll, who is currently out with a knee injury, posted a series of posts on Twitter, with fans replying asking if he was drunk.

When it was suggested he was, in fact, in a coffee shop, Carroll replied: "I seriously need to sort my parties out!! Sorry lads." 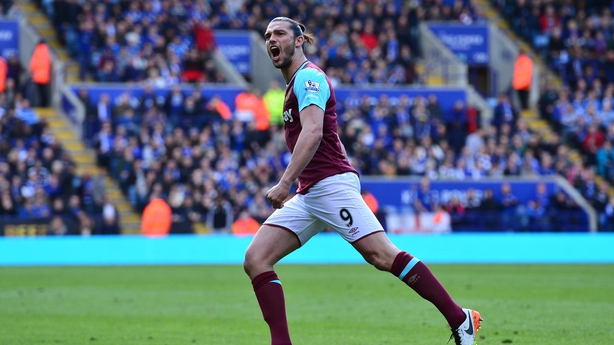 He added: "Back in the day my parties had the wish I was there effect!"

He then posted an image of his cracked phone screen and re-tweeted a post by a West Ham fan, who had the handle @Monkeyboy--WHU.

"@AndyTCarroll brilliant that so many fall for this s**** about u & @RandzOfficial!"

One Twitter user and West Ham fan, with the handle @AranNicolWHUFC, had posted a photo of the pair.

He wrote: "@AndyTCarroll and @RandzOfficial appear to be enjoying themselves... P***** out of their nut. Nice one lads. #WHUFC"

But in subsequent replies to other fans @AranNicolWHUFC admitted he had not taken the photo.

"They're at a pub and making a scene of themselves apparently," he wrote.

"I never witnessed it, probably isn't even true, could be out having a coffee or all we know."