In a statement posted on Twitter, Prince Ali described FIFA's stance that the task force had completed its mission as "incredibly worrying".

FIFA's decision was communicated in a letter to the task force's members this weekend and then reiterated by new secretary general Fatma Samoura at the Soccerex conference in Manchester on Monday.

Samoura, a former United Nations official, said: "The task force had a very specific mandate which it fulfilled and its recommendations have been turned into a strong programme."

She then listed some of these recommendations, which include an anti-discrimination monitoring system, a good practice guide and the creation of a FIFA Diversity Award which she will be handing out for the first time later on Monday.

Samoura, who was named FIFA's first African and first female secretary general in May, added that world football's governing body had a zero-tolerance policy on racism and took all forms of discrimination very seriously.

But Prince Ali, who twice ran unsuccessfully for the FIFA presidency, said: "(The) announcement that FIFA is disbanding its anti-racism task force, considering its work done, is incredibly worrying.

"The fight against racism is far from over and the notion that the current FIFA leadership believes the 'task force's recommendations have been implemented' is shameful.

"Never has the need to combat racism and racial discrimination been more evident than it is in the world we live in today...it is not something that any governing body with any semblance of responsibility can downplay or deny."

Prince Ali, who is still the president of the Jordanian FA, continues by saying the "ad hoc committee" should have been made a "permanent part" of FIFA, with more power and resources to work with member associations, governments, non-governmental organisations and other stakeholders.

"The reality, as with many programmes within FIFA, is that the task force was never given real support since its conception and its role was more about FIFA's image than actually tackling the issues," he said. "In fact, the present task force committee has never even met!" 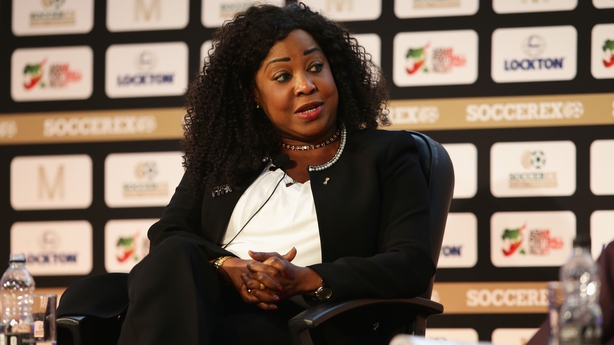 Set up by former FIFA president Sepp Blatter in 2013, the task force was chaired by FIFA vice-president Jeffrey Webb until his arrest on corruption charges last year.

He was replaced by FIFA Council member Constant Omari but, as Prince Ali points out, the body failed to hold any meetings under his leadership.

Prince Ali's concerns were echoed by the British anti-racism campaign group Kick It Out, which is in the running for the inaugural FIFA Diversity Award.

"Kick It Out is perplexed with the decision from FIFA to disband its anti-racism task force," a statement published on its website said.

"This comes at a time when there is clear evidence that discrimination, prejudice and hate are on the rise in developed societies, particularly in Europe but also in different forms across the world. Football should seek to lead the way in combating such intrusions.

"It is clear that organisations that are actively campaigning against racism and discrimination will be deeply disheartened to hear news of the disbandment, as they look to FIFA for leadership in a game which is so popular across the world.

"This is also ahead of FIFA hosting the 2018 World Cup in Russia, a country which is notorious for racism and abusive activities towards minorities."

With this in mind, Kick It Out added that it was calling on FIFA to "set out a clear and concise strategy on how the sport can tackle discrimination and promote equality".

And, just to add to Samoura's headaches on her first public outing in the UK, Labour's shadow home secretary Andy Burnham opened the Soccerex convention by saying how "concerned" he was at the news the task force was being shut down, and warned FIFA against any "complacency" on the issue.